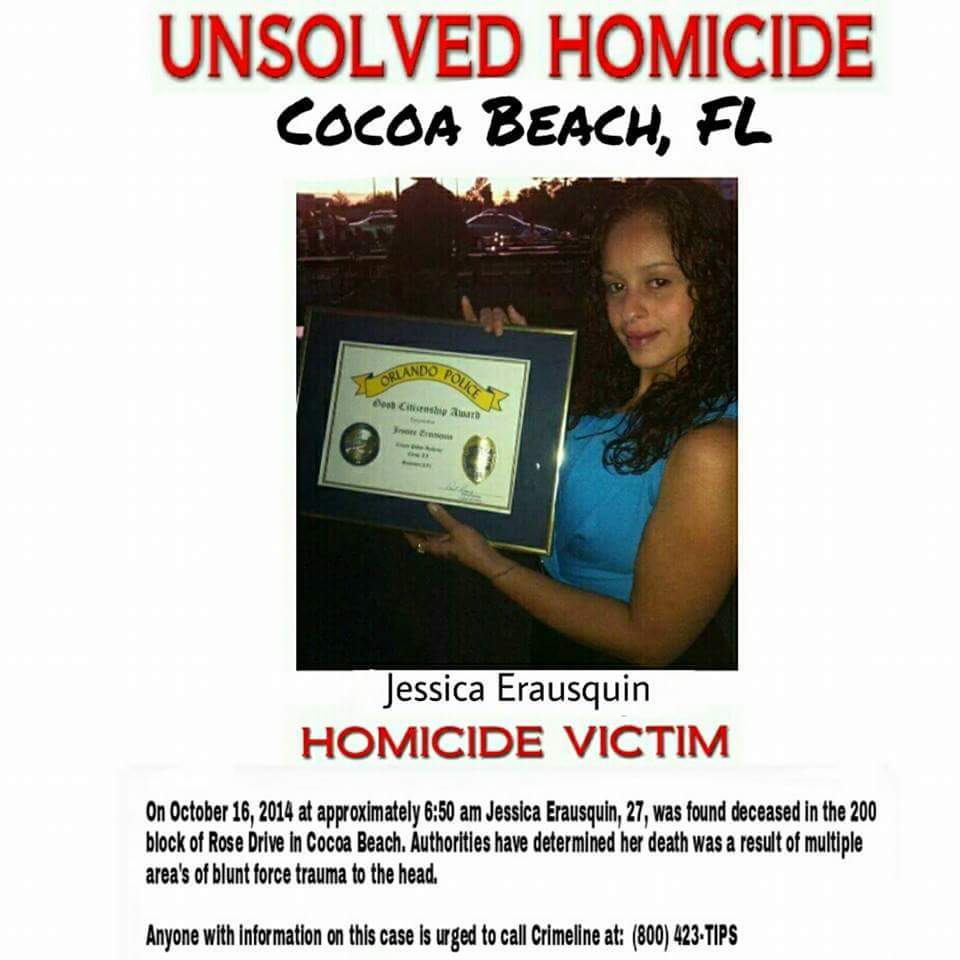 589 people have signed this petition. Add your name now!

At approximately 6:50 AM on October 16, 2014,
27 year old Jessica Erausquin, a forensic science graduate from Orlando, Florida, was found deceased at the end of a cul-de-sac in Cocoa Beach, FL.
Her death remains unsolved, even to this day.

The Cocoa Beach Police Department, along with public media, originally stated Jessica Erausquin was a victim of a hit and run. The Cocoa Beach Police Department since then has given no information other than Jessica’s death is being investigated as a traffic homicide. The Brevard County Medical Examiner has determined Jessica’s death was a result of blunt force trauma. The medical examiners' findings of her injuries are consistent with that of a person involved in a car accident. Cocoa Beach Police have not released any information regarding what kind of vehicle was involved, or any leads where exactly this "accident" took place. In the 8 months since Jessica's murder, there has been nothing but a wall of silence from the authorities.

In those same 8 months, there has also been an outpour of support from family, friends, and the community all wanting answers. This show of compassion has only strengthened the efforts of everyone involved in our cause to bring forth Justice for Jessica.

The Justice for Jessica campaign urges anyone who may have information concerning the death of Jessica Erausquin to please contact Crimeline at (800)423-TIPS. You may be eligible for a $5,000 award.