Justice for Houcine and Family 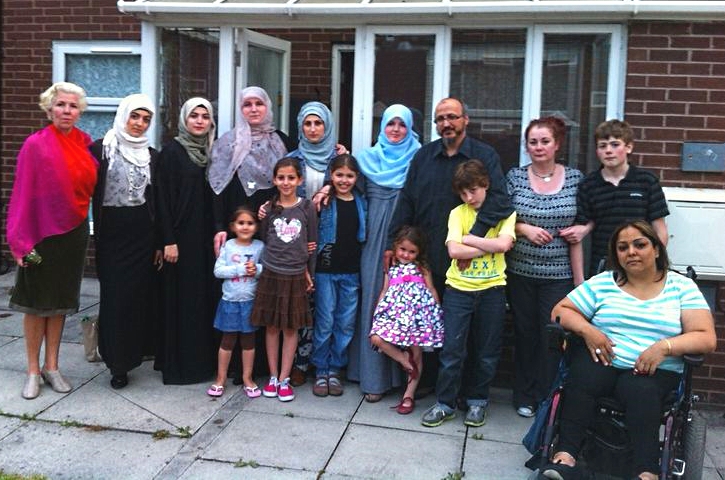 Houcine is originally from Algeria, and lives with his wife Alma (originally from Bosnia) and their three children, all of whom were born in the UK. The eldest child is 11 and is a British citizen. The Home Office say that Houcine cannot stay here because of a conviction handed down by an Italian court, which was undefended and for which Houcine has since been pardoned.
While the couple were in Bosnia, an attempt on their lives by the Algerian security forces resulted in serious injury to both of them, a miscarriage for Alma, and two years in a wheelchair while she recovered. The Home Office accepts that Houcine would face imprisonment and torture if returned to Algeria - but says that since Alma is a Bosnian national, the family should move there. However, they have previously lived in Bosnia and the threats against Houcine did not stop. Furthermore, the Bosnian state authorities operate a policy of returning those originally from Arabic countries to their countries of origin, without regard to their family, children or any ties to Bosnia. Many examples of this policy point to the likelihood that Houcine would be sent directly to Algeria immediately upon arrival in Bosnia.
After 13 years in the UK, the family have close friends who are very upset about what is happening. Debi, the mother of one of the children’s school friends, says: “I am supporting the Senoussaoui family as I have known them for two years, initially through my work as a teaching assistant and more recently as my son and their son are in the same class at school and have become best friends. I am deeply concerned about the devastating effect it will have on the whole family if they are deported to Bosnia and moreover the effect it will have on the children if they are uprooted from their home, school and friends.”
---
>>>>>>>>>>>>>>>>>>>>>>>>>>>>>>>>>>>>>>>>>>>>>>>>>>>>>>>>>>>>>
Petition: We the undersigned call on the Home Office to conclude Houcine's asylum case as soon as possible and to ensure that the Senoussaoui family's right to live in safety and peace together as a family in the UK is upheld.
<<<<<<<<<<<<<<<<<<<<<<<<<<<<<<<<<<<<<<<<<<<<<<<<<<<<<<<<<<<<<