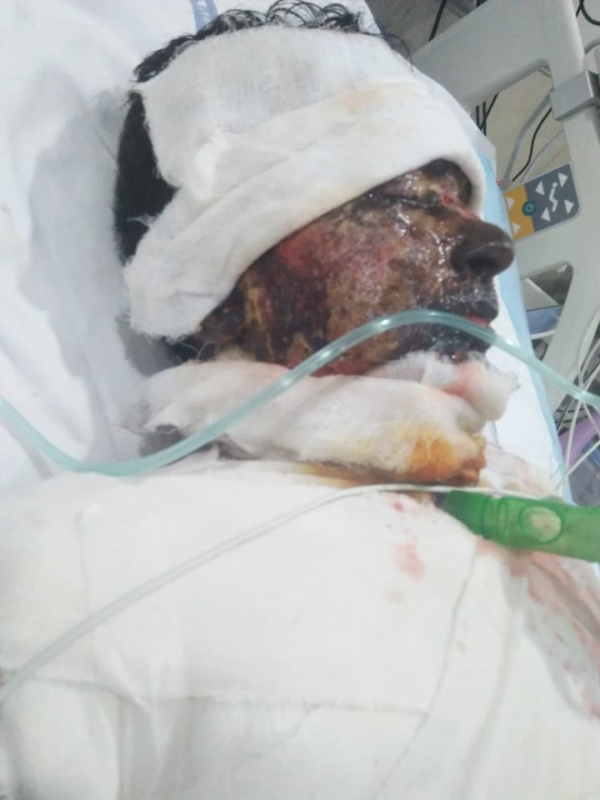 A Christian manager of a local hospital in Lahore was killed after being targeted in an acid attack whilst getting off his motorcycle just before the start of his shift. The men who attacked him wore masks and so far remain unidentified despite numerous witnesses for the attack.

araz Ahmed Badar (26 yrs) resided in Gujaranwala and after the attack was immediately taken into the private hospital of his employment, but later rushed to DHQ Hospital Gujaranwala. Due to the severity of his injuries he was transferred to Mayo Hospital, Lahore. Neither hospital has a special burns unit and despites the best efforts of medical staff his health deteriorated daily, leading to his eventual death on 15th September 2018. Both Hospitals have reported that the body of Faraz Badar was litterd with signs of torture which seems to have been undertaken after the chemical was sprayed upon him, on what is being described as an extremely brutal and callous attack.

Faraz was a young graduate in Pharmacy and had been working at DHQ Hospital in Gujaranwala for about two years. On September 5th at around 2 a.m, when he was going home from the hospital some unknown assailants sprayed acid upon him”. This is not the first time Faraz has been attacked

BPCA officer Zeeshan Masih, visited the family before his death and were able to speak to his father Badar Masih (48 yrs), he said:

"There was a lot of jealousy at his place of employment, we live in a dog eat dog culture where often Christians become the victims because of their vulnerable status.

"My son was regularly abused by Muslim's who could not stand the fact that a Christian man was in a position senior to them.

"Our country is bigoted and many most Muslims belive all Christians should be sweepers not managers, they call us Chura a name that means untouchable cleaner."

Badar Masih alleges this was not the first time that Faraz was attacked, only when the family told the police about the incident they were ignored because they were Christian.

"This is not the first time that Faraz was attacked.

"Only a few months previously Faraz was attacked by another group of unidentified men wearing masks telling that as a Christian he was not fit to lick their boots, they even shoved their boots in Faraz's mouth.

"They threatened him with death unless he left his employment telling him that his ritual impurity meant he was contaminating the health of 'pure Muslims".

We call for the Pakistani Government to initiate a public inquiry into police negligence for Christian murder and other serious crime incidents.

We call for any police negligence found to be met with the severest of penalties possible and for policing roles to be terminated for negligent personnel.

In particular we also call for a significant improvemnet in the attack and murder of Faraz Badar.