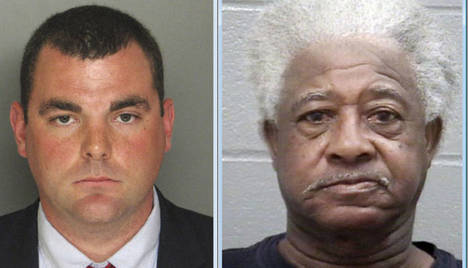 PROTESTING for INJUSTICE FOR ALL PEOPLE!! We need to prevent police brutality. A family is seeking JUSTICE!!! We need your SUPPORT!! We need 5,000 signatures to get a sentencing overturned by a federal court for a police office that killed a un-armed 68-year-old black man during a traffic stop and after SC SLED recommended he be charged with manslaughter, he was given a misdemeaner plea deal of felony charge of discharging a firearm and sentenced to only 3yrs probation and 80hrs of community service.