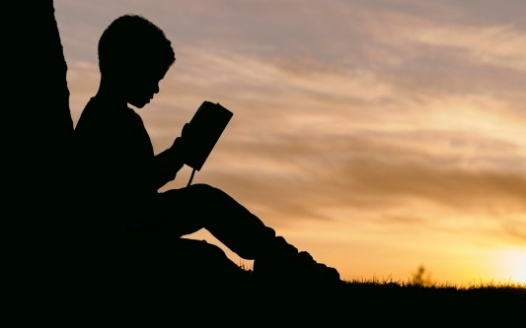 Public Education must put the needs of children first

Black children, especially those with disabilities, have long been under-served and miss-served by public schools in America. The school to prison pipeline must END! Here is one child's story. Your support will help hold those who failed him accountable and improve our public school system for all children.

DJ was eight years old, an African-American boy with an average IQ, diagnosed with ADHD and a learning disability. In the space of a week, DJ was removed from his standard education curriculum and placed on an alternative track intended for students with severe cognitive impairments. The alternative track ensured that DJ became invisible. His test scores were no longer counted. His progress was no longer monitored. The district was no longer held accountable to ensure that DJ was being educated. During six years on an alternative education track, DJ learned nothing. His education stalled. He is now six years behind his same aged peers.

When Sarasota County Public Schools was caught - when DJ again became visible, the damage was clear. Rather than admit error and create a plan to address the stunning 6 year gap the district created in DJ's education, the district made the intentional decision to cover it up. When DJ's case entered litigation, Sarasota County Public Schools lied under oath, fabricated records, and denied responsibility.

DJ sued the district twice and DJ won twice. DJ was able to establish, by a preponderance of the evidence, that his rights were violated and that these violations were a result of deliberate indifference of the Sarasota County Public Schools. Yet the Sarasota County Public Schools continue to deny DJ any relief. Despite two court orders awarding relief, to date none has been provided. Not one hour, not one dollar, not one service has been offered to DJ.

THE FIGHT FOR JUSTICE FOR DJ CONTINUES

On December 10, 2019, the SARASOTA School Board voted 4-1 to appeal DJ’s original case. The only school board member to dissent was Bridget Ziegler.

The emotional impact on DJ has been devastating. In 2018, DJ attempted to kill himself. His mental health well being has been closely monitored ever since but without any support from the Sarasota County Schools.

It is unfathomable that the Sarasota County School Board fails to own and correct their egregious mishandling of DJ’s education. During the hearing, DJ's team proved that school staff falsified documents and lied under oath to protect the broken system. To date, there is no accountability and zero consequences for these actions. These same staff members continue to work with our children.

The School Board has the responsibility and discretion to allocate tax payer dollars. The School Board employs a district team comprised of many attorneys and high-level district staff. The School Board is choosing to continue to fight DJ instead of educating him. The School Board would like the community to believe they are providing services to this student while they continue the legal battle, but this is FALSE. DJ has not received any educational services from the school district.

THIS IS A CALL TO ACTION: DJ needs your help! Sign this petition demanding the Sarasota County School Board to END THE LITIGATION AND APPEAL AGAINST DJ . We are asking the school board to PAY THE DAMAGES AWARDED BY THE COURT IN TWO SUCCESSFUL LAWSUITS AND TO HOLD THOSE ACCOUNTABLE WHO LIED UNDER OATH AND FABRICATED RECORDS AND WHO HAVE CONTINUED THIS INJUSTICE AGAINST DJ.

Please sign & share this petition calling to end the fight and settle this case. Share this petition with family, friends and all other people who feel a public school education matters. We need you to be part of #TeamDJ !

The petition will be presented to the Sarasota County School Board.

Please email the School Board members on DJ's behalf!

Write to the Sarasota County School Board members to express your opinion and/or request a meeting at the following email addresses:

Stay up-to-date on this issue on Facebook at Justice for DJ in Sarasota.

Read the prevailing orders and see other media stories on IEP for Parents website.