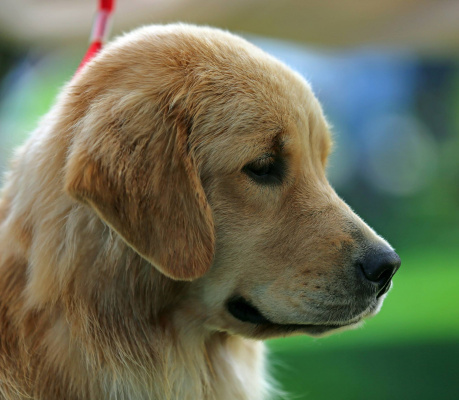 525 people have signed this petition. Add your name now!

From Sherwood Goldens website and a jurys decision in Debi Hanson's favor:

Diva, Sherwood's Super Heroine bred and owned by Debra Hanson was sent in good faith to Nickie and Claire Hertzog, dog show handlers in Pleasant Hill Missouri, for the purpose of obtaining Diva's AKC championship. Numerous requests were made to send Diva back to her owner, first by making airline reservations to fly her back, and as a last resort Debi's husband offered to drive to bring Diva home. All repeated private communications between both parties, including a letter sent by Debi's attorney to resolve this issue have been consistently ignored. The Hertzog's have been paid for all handling, boarding and conditioning fees. The longer this is delayed, the more Debi and her husband Craig believe and fear Diva has perished because there is no reasonable explanation to hold their dog. After Hertzog refused to cooperate, Hanson has no alternatives but to seek justice through the legal courts. A jury of 12 found Hertzog GUILTY of conversion of DIVA. Conversion = THEFT!! Hertzog was also found guilty of Trespass of Chattel and disparagement of title on Twister, a second Golden retriever Hertzog tried to claim ownership on. Hertzog made a false complaint with AKC tying up both registrations on Diva and Twister. Hanson prevailed in the civil courts after Hertzog’s daughter Claire testified at a deposition stating Diva belonged to Hanson and should have gone home years ago. Hertzog presented a fraudulent co-ownership contract at the last minute to the court in an attempt to gain an advantage in the civil suit - committing a crime in the State of Idaho. Hanson hired a Forensic handwriting expert who testified the document was fraudulent and Hanson’s signature was a “cut and paste.” The jury of 12 ruled in Hanson’s favor and awarded her $48,000 in damages and ruled that both dogs, Diva and Twister belong to Hanson. Twister has always remained in Hanson’s possession, but the whereabouts of Diva are still unknown. Hertzog is being uncooperative and has refused to return Diva despite the jury verdict.

We respectfully request that the AKC address the civil court decision, uphold the ownership of Debi Hanson and suspend Nickie Hertzog for conduct unbecoming of the sport of purebred dogs, fraud and forging of papers.