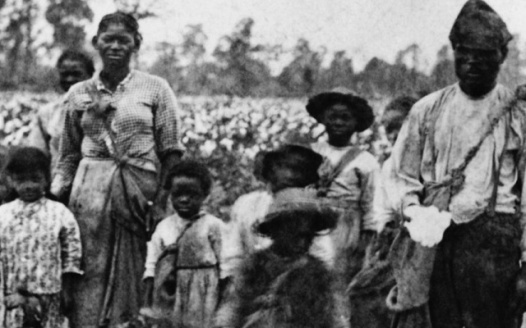 Justice For Descendants of Slavery

As a descendant of slavery and African descent born in these United States of America we as people of color seek to be qualified through the honor and justification of full citizenship. Declaring to the colonization of states as the United States of America that we are worthy and of equal value of the right of life and justice that is granted to its citizens. We petition the courts of the justice system for deliverance from the systemic disregard for life of the descendants of slaves. We petition the courts from the blood of our ancestors that was discriminatorily shed in the dishonor of disvalue, openly and cruelly to build a nation where they and ultimately we were and are despised. We petition the courts from the bloodshed of people of color in these United States of America. We petition the courts from the hearts of mothers, fathers and kindred that have and do suffer rhythmical loss of its sons and daughters. We petition the courts of the criminal justice systems to cease to draw from the dishonor of disvalue, and the discrimination set in motion to degrade and enslave a people; even to the shedding of blood for the prosperity of a nation, of a people that included us not. We seek the right to live without fear of death even from us as a people as we have inherited the dishonor of disvalue in and amongst ourselves. We ask the courts to give us the kindness it has for its white citizens, and do give freely to. We ask the courts to give us the thoroughness of the right to life when we suffer the death of violent acts in our communities to and from our young men and women. We petition the courts of the judicial systems in the states of the United States of America to give us full recognizance within the authorities of the governing powers. We ask to be delivered from the tyranny that has shaped the lives of the descendants of slavery. We ask the courts to remove the spirit of denial for jobs and slave wages, for our people that we would not become bound to the poverty and death of drugs, gangs, the prostitution of self worth or the life that leads to death. We ask not to be discarded from the due process of the judicial system because the value of being a person of color has no thorough value in the heart of the governing powers. We seek to stand as citizens with full rights to breathe without spasms of violence in the courts of our judicial systems, our communities and therefore in our homes and in our hearts. We petition the courts of the judicial systems in the United States of America to implement practices and procedures to take away the iniquity of the slaveholders that have continued to produce and secure strongholds of racism and a loss of self worth for people of color; remove the violence and fear from the plantation. We seek as a people to be delivered from the acts of violence and poverty that lie in wait for people of color.

As a citizen of the United States of America through the origin of birth upon the soil of its land; I Dorothy Hutchens, having given birth to three sons in the city and state of Memphis, TN. Present my cause of rights to justice having to endure the loss of the lives of two of three sons to the strongholds in Memphis, TN. I petition the courts of the judicial system and legislature to cease to appoint disregard to the lives of colored people. I petition the court to take us off of its hit list, to cease to allow us to suffer from the iniquity of slavery. We ask for our people to be delivered from the bondage of systems openly practiced in slavery and inwardly and outwardly offered today. We sign this petition to the end of suffering injustice of a people, to a people, by a people and at the cause of a people. We seek the life of freedom that is justified by the people and for the people of these United States of America.