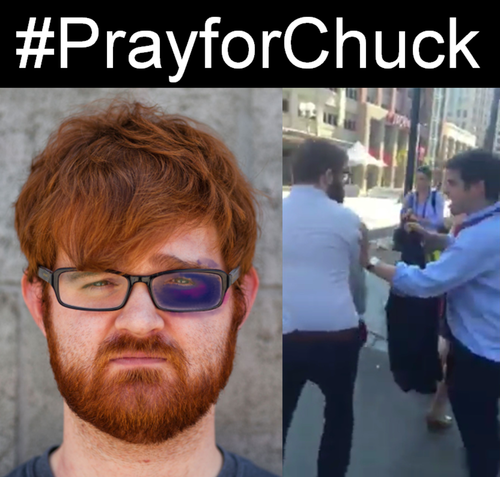 We are calling on Jamie Weinstein and Michelle Fields to apologise to Chuck so that he can move on with his life after this appalling and terrifying experience.


CHUCK JOHNSON: IN HIS OWN WORDS

I never sought to be part of the story.

On Wednesday afternoon, I was at the Republican National Convention. I was looking to cover the convention like I have covered many other political events for Got News.

As I was walking through the street, I was jolted backwards. Someone had grabbed me tightly by the arm and yanked me down. I almost fell to the ground, but was able to maintain my balance. Nonetheless, I was shaken.

Many people have been asking me on Twitter and in emails what exactly happened on Wednesday afternoon. I hope this short article answers those questions and I can get back to reporting the news, not being a part of it.