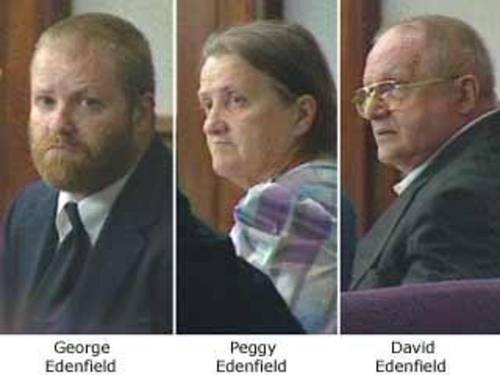 681 people have signed this petition. Add your name now!

I would like to ask that you all join me in this petition for the following:

2. That Peggy Edenfield will take her last breathe in prison and will never be released.

3. That George Edenfield be tried and also sentence to the death penalty.

4. That there be no second chances for a child molester/ murderer and they automatically receive the death penalty.

Christopher Barrios was only 6 years old when this tragedy hit us so close to home and our lives were changed forever. We will never get a chance to watch him grow, get married, have children etc. Meanwhile these monsters are still breathing, served three meals a day and have more rights that our victims do. LETS ALL PETITION..... JUSTICE FOR CHRISTOPHER... and for all of children that we have lost along the way at the hands of CHILD MOLESTERS!!!