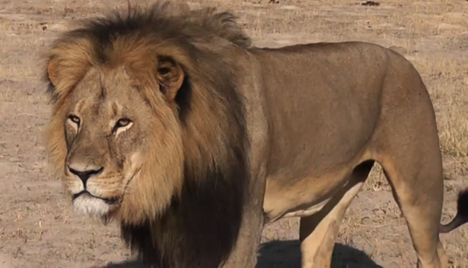 On July 1, Cecil the lion, one of the most famous animals in one of Zimbabwe's national parks, was shot by a bow hunter. The hunter was a dentist from Minnesota who paid $55,000 for a hunting permit before shooting the 13-year-old big cat.

The hunters reportedly lured Cecil out of Hwange National Park, where it is illegal to kill wildlife, at night. Cecil was shot with a bow and arrow. The wounded lion didn't die until 42 hours later, when the hunters tracked him down and shot him with a rifle. They then skinned and beheadedhim.

The legend of Cecil started about three years ago, when the then-10-year-old lion was kicked out of his pride, beaten by younger, more powerful males. Hunters argue that as loners, prideless male lions aren't as important to sustaining lion populations.

The loss of Cecil most likely spells the end of Jericho's reign, and the possible loss of the pride's cubs. Jericho, as a single male, will be unable to defend the two prides and cubs from new males that invade the territory. This is what we most often see happening in these cases. Infanticide is the most likely outcome.

Did you know that

Africa's total lion population has declined by 30% over the past two decades, and today less than 30,000 of the big cats remain.

Lions are extinct in North Africa, severely depleted across West and Central Africa, and now losing ground in their strongholds of East and Southern Africa. But by raising our voices now, we can still save these amazing creatures

We cannot afford to sacrifice the future of Africa's lions for the sake of a few trophies.

Thank you for signing the petition and please keep sharing!!!

We are a non profit organization your donations are much appreciated.