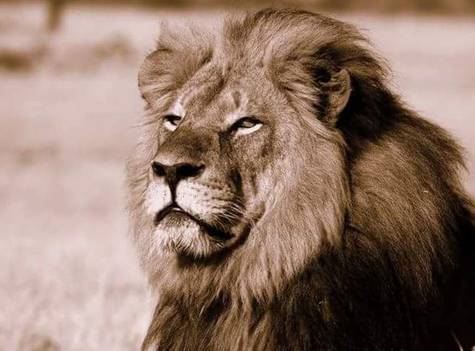 On July 1, Cecil the lion, one of the most famous animals in one of Zimbabwe's national parks, was shot by a bow hunter.

Walter Palmer is believed to have injured Cecil with his bow before tracking him for 40 hours and finishing him off with a gun, said Johnny Rodrigues, chairman of the task force. The lion's skinned and headless body was found along with Cecil's tracking collar, which Rodrigues said the hunters tried to destroy. The lion had been part of a long-running Oxford University study.

Walter Palmer is believed to have paid almost $55,000 to hunt and kill Cecil, a beloved lion from one of Zimbabwe's national parks.

We cannot afford to sacrifice the future of Africa's lions for the sake of a few trophies.

Lions are extinct in North Africa, severely depleted across West and Central Africa, and now losing ground in their strongholds of East and Southern Africa. But by raising our voices now, we can still save these amazing creatures

PLEASE KEEP SHARING. WE CAN END POACHING FOR GOOD. OUR VOICES ARE STRONG AS ONE.