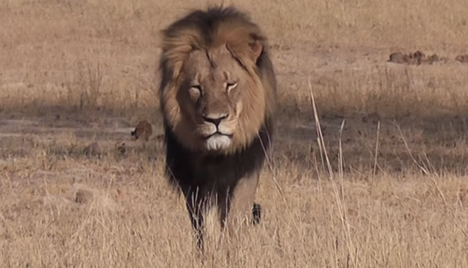 To request changes to the Conservation Strategy of the Zimbabwe Parks and Wildlife Management Authority, African Wildlife Consultative Forum, and the International Union for the Conservation of Nature that currently see the culling of vulnerable species at risk of extinction in the wild through the legalized sale of hunting permits and the killing of these animals on reservation property as necessary under the mandate of maintaining healthy reserve populations.

This petition asks that changes be made to these policies and mandates in order to protect and preserve these vulnerable species in accordance to their Mission Statement to "conserve Zimbabwe's wildlife heritage", "for the benefit of present and future generations" and "to be the world leader in sustainable conservation".

It is unconscionable that any organization dedicated to the preservation of a species at risk of extinction would not take steps to re-introduce young, healthy specimens back into previously specie-populated areas in order to re-establish the population but instead would allow paid tourism-based hunting of viable young males in order to 'maintain' the population inside the reserve alone, giving no opportunity to increase outside populations and in doing so bring the species back from the brink of extinction.

We, the undersigned of this petition, request fair and just consideration be properly given to the restructure and enforcement of change to what is presently a barbaric system of herd culture of a majestic, valuable animal that should be respected with the most high regard, not treated like common game for the tourist with the biggest dollar. Stop selling "the benefit of present and future generations"!