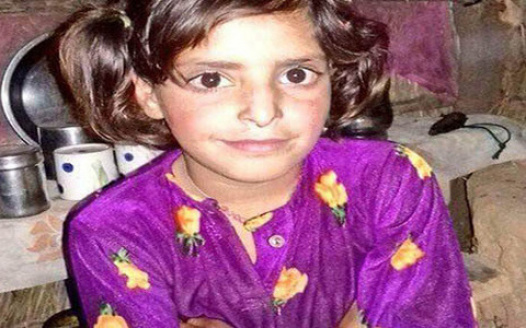 This petition is an initiative by a group of women from Jammu and Kashmir (names below) appealing for justice in the case of rape and murder of 8 year old girl in Hiranagar, Kathua.

We express great anguish over the unjustifiable delay in the investigations into the heinous rape and murder of a minor eight year old Bakerwal girl, Asifa in Rassana village, Hiranagar, Kathua district. We are equally concerned over the excessive politicization and communalization of an incident which is clearly one of sexual exploitation, sexual brutality and murder. We are also concerned by the brazen manner in which ultra-nationalistic discourse is being used to counter the campaigns for justice and shield the culprits.

Asifa Bano’s body was found in the forests of Rassana on January 17, a week after she went missing. Her body bore torture marks and she had been raped before she was killed. It need not be elaborated that Asifa belonged to the marginalised and downtrodden nomadic tribe whose vulnerability and victimization is well recorded.

Sequence of events shows that there has been a deliberate attempt by a section from within the government to thwart the process of investigations in the case, right from the time of her disappearance. News reports have pointed out the reluctance of the police to lodge a missing report and begin a manhunt to trace the girl. Even after her body was recovered, the necessary process of investigation including collection of evidence and recording of statements was not adequately done. Instead, the family of the victim and those campaigning for justice have been constantly harassed and intimidated.

The investigations have shifted hands from the first Special Investigating Team (SIT) comprising police to a second SIT to the Crime Branch, which is presently probing the case. A minor boy and two SPOs have been arrested as prime suspects but the investigations are not making much headway. While the Crime Branch is following the legal procedure, the pace of work is being obstructed by the pitch of communalization and politicization. Any attempt to shift the case to any other investigating agency at this juncture would further hamper the investigations and we fear that this may be done with a design to shield and protect the guilty.

We feel that there is a deliberate attempt to hush up the case by building up a communal narrative around the heinous crime and its investigations. Shockingly, the vested interests trying to sabotage the investigations through the communalization of the crime and its politicization do not only include a fringe right wing group but also two sitting senior ministers in the PDP-BJP ruling alliance. Such a situation has further encouraged other political groups to counter the narrative not from the victim’s perspective but for petty political goals and for fueling the communal discourse.

We call upon all political groups to put an end to the horrifying politicization and communalization of the crime; as well as to stop the harassment to the family of Asifa. As women, we are extremely shocked and appalled by the manner in which incidents of gender oppression are appropriated by patriarchal mindsets within and outside the corridors of power to subvert justice and even rob the victims of their victimhood.

We also call upon the government to ensure that investigations by the Crime Branch are fast tracked and are fair to be followed by a fast track court trial so that justice can be dispensed.