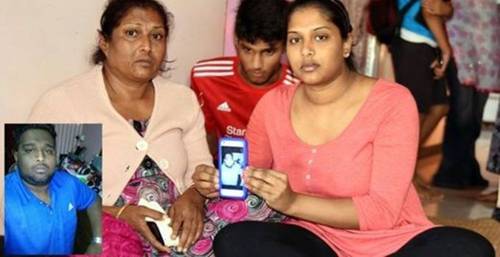 592 people have signed this petition. Add your name now!

The family of a 26-year-old man who was killed in an accident last Friday is seeking justice on the death of their son and brother.

The manager for the family-owned business, Stylist Furniture and Construction Company, Ashneel Singh, was on his way to watch a late night movie with his partner when the accident happened on Edinburgh Drive in Suva.

He was rushed to the Colonial War Memorial Hospital but died later.

Commissioner Ben Groenewald confirmed the driver as the first secretary at the South African High Commission in Fiji, Theo Mostert could not be remanded in custody because he had diplomatic immunity under the Vienna Convention.

I am glad that this petition has been raised because this act of the Fijian government shows zero remorse to the family of the son that has been killed (murdered) by another human being. The government has no respect for their citizens and people. It is letting the person who killed another human being walk free. Ashneel Singh had a mother waiting for him at home and a fiancé who wanted to spend the rest of her life happily with her husband. The government is guilty for not showing any sympathy towards the family. I ask all of you to put yourself in the family’s situation. How would you feel if someone you loved died in such a manner? Someone who had a long life to live, a fiancé, a mother to after for, to have his own family, children, and growing old with a loving wife. And all this ending so abruptly. The worst part is that the family is seeing the killer walk free just because he has a superior position. Is he above the law of humanity? Just because he is a diplomat does not mean he can walk free after committing a murder. A sin! The Geneva Convention on Diplomatic Immunity is an archaic International Law. It can be changed. And in many cases it has been overlooked. I urge the people of Fiji to sign this petition to show solidarity. I urge every one of you to help the family get justice. The Singh family will not get their son back but they could at least get a closure in the form of justice. The Fijian government must prosecute that African Diplomat.


“Justice will not be served until those who are unaffected are as outraged as those who are.”
― Benjamin Franklin

Act now before its too late !!