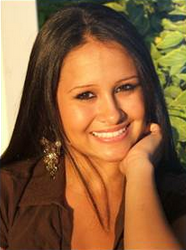 We, the undersigned, call for action by the Minot Police Department of North Dakota to take the following actions to help bring closure and justice for the murder of Anita Knutson.

1. To contact television programs such as Cold Justice so that their experts can shed new light on Anita's case and bring it the national attention it deserves.

Anita Knutson was murdered June 4th 2007 in Minot North Dakota while in her off campus dorm room. She had a roommate but her roommate was out of town for the weekend. Anita was stabbed multiple times in the chest and her nails were broken from fighting for her life. The murder weapon was left at the scene along with the DNA she must have collected under her finger nails. The Minot police department deemed this case cold years ago and have done what they can to find her killer but there needs to be more done. They are also resistant to contact any sort of outside help. Sources close to the case believe they are against contacting shows because then their incompetence with this case will be exposed. So the point of this petition is to urge the Minot police department to finally seek the help of others to come one step closer to seeking closure and justice for the murder of Anita Knutson.