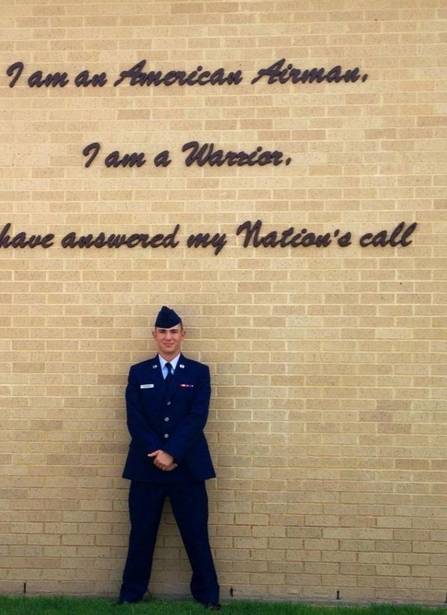 March 6, 2014 US AIRMAN Michael Davidson was in route to his Air Force Base when he was involved in a minor traffic accident with a 18 wheeler.

When officer Hancock, arrived both Michael and the truck driver were exiting thier vehicles to exchange information. Hancock, then yelled, put your hands up, while firing 2 shots at Michaels, one hitting him in the stomach.

Hancock, wasn't charged for what he did and was able to keep his job. Michael Davidson lost his career of being in the Air Force, and now is a disabled vet at the age of 20 !

Now after 3 yrs the dash cam has been released. Alabama now are wanting to sue the victim $16.000. for Court cost.

This page is to help get justice for Michael Davidson, and to help pay for the court costs, that he is now sued for.