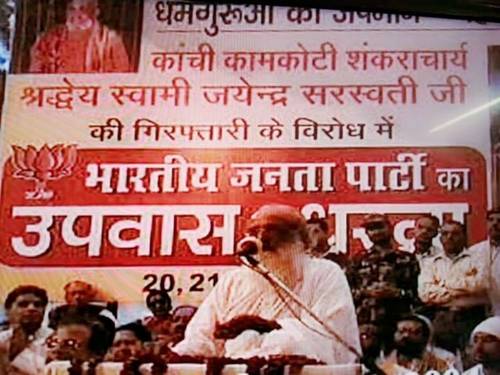 305 people have signed this petition. Add your name now!

In case of Sant Asaramji Bapu .He is in judicial custody since last 3 year and 6 month in allegation of molestation. But according to medical report not even a single scrach is found nor and attempt to rape is found. Also in FIR no any charges like 376 are included. Still there is no Bail given to Old Godmen who's age is more then 74 years.Sir,many peoples even political leaDer got bail even after rape,but the saint is innocent. But in his case no bail given to him so.The saint is suffering from various diseases,He is old,even no proof is found till now. So we want Bail for the innocent saint who had given selfless society for 40+years and is been jailed due to conspiracy. Also we had decided to give application for this under RTI section why is this delayed. Please take initative and avail us all case hirings documents and charge sheet copy from first to last hearings as of now in this case. It is our right to know under RTI so please avail as soon as earlier possible.

Hope you will do,and co-operate us.