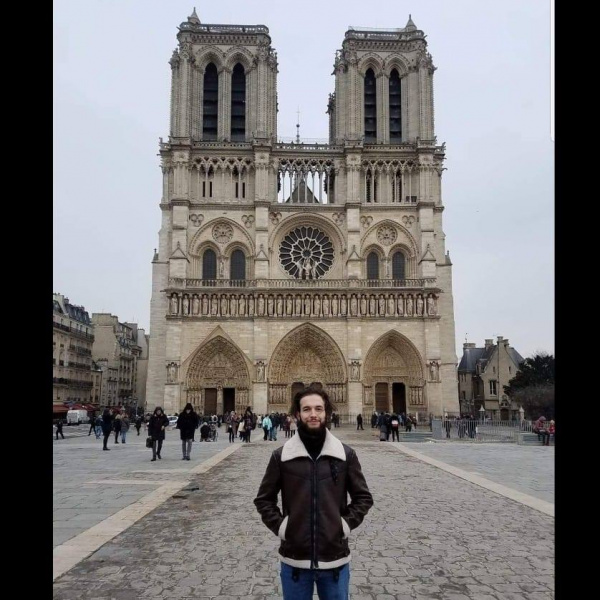 **UPDATE: Juilliard has informed Michael's family that they will be awarding him an honorary degree. Thank you so much to everyone who signed and helped make this happen.

With the passing of Mike Gabriel, the Juilliard community has been absolutely shaken to its core and afflicted with immense pain. Mike had a profound and intimate love of music and was very proud to be a student at Juilliard. He worked hard, and was devoted to absorbing as much musical knowledge as he could. He had a deep and lively passion for his work, reflected in the countless hours he’d spend analyzing Mahler symphonies, his wonderful dreams of becoming a conductor, starting a school, performing all across the globe, etc. He was a rare soul, one that is not seen very often, even in the halls of Juilliard. He was touched by the little beauties in life and moved by the smallest of gestures by others. He had a giving, grand, warm heart that sparkled inside his playing. He struggled personally, but he affected many people during his life, he always stood up for what he believed in, and we are going to do that now.

Mike’s family and friends believe that a meaningful way we could honor his memory would be to award him a honorary degree. We believe it would bring some amount of closure to his loved ones and would rightfully recognize him as the loved member of our community that he was.