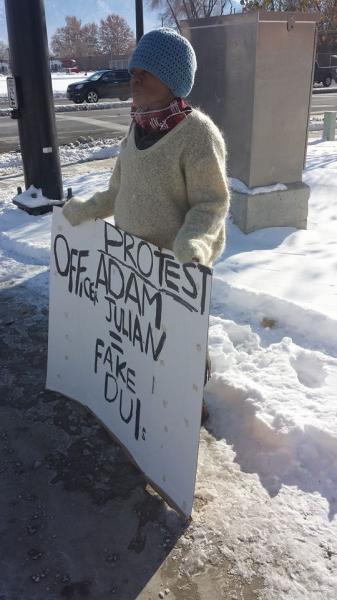 Not too long ago, the local Utah news reported that Lisa Steed a former Utah Highway Patrol officer had cited drivers with falsified DUIs. The media had it that she was facing charges for the said allegations.

http://www.sltrib.com/sltrib/news/56979558-78/steed-uhp-font-fuhr.html.csp
Apparently this practice was going on in West Valley
http://californiainnocenceproject.org/blog/2013/04/24/dozens-of-cases-in-west-valley-ut-dismissed-due-to-police-corruption/
and Cottonwood Heights, Utah
http://www.utahstories.com/2013/10/cottonwood-heights-residents-protest-against-police-harassment/.
These cities are not alone. It came to my awareness that my son was also a victim of the same false citations.While as a parent, it comes naturally to speak for my son, as an activist, I see a much bigger concern that my son is not alone in this victimization and hence, I am here to gather your support in requesting that an investigation be launched in all DUI citations at West Jordan Police Department and Court and place that request without compromising the details in my son's case which may become relevant on December 19, 2013 or in future should he choose to take further action on the victimization.
Please sign this petition to request Judge Kunz's court to fully investigate all DUI cases on record.