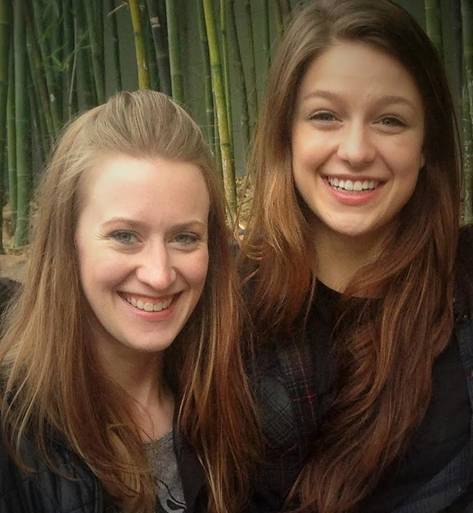 Wouldn't it be so cool if incredible writer and indie author, Jessica Benoist-Young, was to guest-write an episode of Supergirl?!

Please join us in asking Supergirl creators, Greg Berlanti, Ali Adler, Andrew Kreisberg along with producer, Sarah Schechter, to unite Jessica and her sister, Melissa Benoist, star of the CW's Supergirl, on a roller coaster ride of action and adventure, heartfelt emotion and side-splitting comedy.

Sign our petition and help us to make some magic happen.

Jessica Benoist-Young began writing fiction at a young age; however, the idea of becoming a writer when she grew up was not fully realized until her sixth grade English teacher let her write a fantasy novel instead of completing homework regarding 'The Hobbit'. After experimenting with journalism in high school and college, Jessica decided she preferred writing novels, specifically fantasy and comedy. She continued to write, and occasionally self-publish, novels in her free time from "real jobs", which included starting her own coffee shop and managing a fitness center.

In 2014, Jessica self-published her first full-length novel, a mystery comedy titled 'Strip Search', which readers have called "hilarious" and "like Law and Order, but funny". She is currently a full-time freelance ghostwriter and editor, mostly in the paranormal romance genre. Jessica is also in the planning and proposal stages of a Young Adult Supernatural Fantasy novel with Melissa that will focus on the relationship and adventures of two sisters.

Jessica has two young sons with her husband of nine years, and currently resides across the street from her mom and grandmother in Grand Junction, Colorado. When not writing, she is usually chasing around a baby and chauffeuring a third grader--but sometimes she's hiking, climbing, skiing, dancing, live-tweeting 1990s animated movies, or having deep conversations about superheroes and Pokémon.