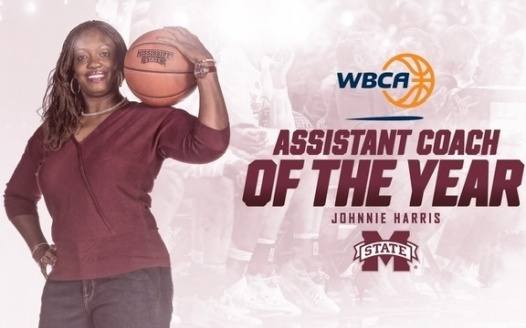 MSU family, as we bid farewell and extend well wishes to Coach Vic Shaffer, we are faced with a void in our Bulldog family. We are now in need of a Women’s Basketball Head Coach who can and will build on the momentum of our top 10-ranked Women’s Basketball Team. As stated by MSU AD, John Cohen, We are excited for the next chapter of Mississippi State Women’s Basketball.” Without a doubt, the best candidate to take the whistle and to write our next chapter is our very own Coach Johnnie Harris.

Coach Harris has been the right arm of our successful basketball team. On many occasions, Coach Shaffer has commented that without her by his side, our team could not have accomplished a school record of 126 victories, four-straight NCAA Tournaments, an SEC title, and back-to-back National Finalist finishes. Coach Harris is the full package; as described by Coach Shaffer, “She fulfills so many roles . . . She sees the whole program. She can not only develop them on the court, but off the floor.” She is also a top recruiter as evidenced by her assistance to sign top players.

Coach Harris’ countless contributions to the MSU Bulldog success is the tip of the iceberg. She is a veteran coach who has poured into the lives of countless numbers of athletes. In the 2017-18 year, her hard work and success was noticed and awarded Assistant Coach of the Year by the Women’s Basketball Coaches Association.

The impact of Coach Harris’s success goes beyond the basketball court and landed in the hearts of the entire Bulldog family! Join us in our support of Johnnie Harris for Head Coach by signing the attached petition: