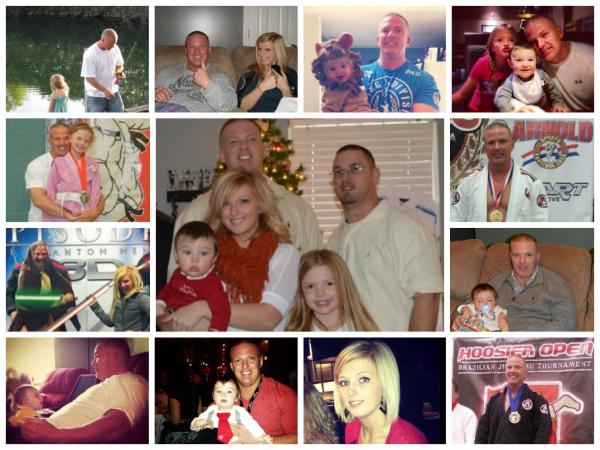 My name is Scott Buchanan, a very close friend to John Nathan Fitzgerald. I created this petition with the intent to request fair sentencing for a genuine friend, father of 3, son, brother, uncle, cousin, and overall loved one, from the honorable judge overseeing this case. The final results of this petition will be delivered to his attorney, judge, and prosecuting attorney.

John Nathan Fitzgerald is a very positive influence in a large number of peoples lives on a daily basis. Those who truly know this individual, and will sign this petition, would be able to easily recount stories that emphasize the overall kindness of his character. He is the first to help, regardless of the inconvenience it may cause him.

The past several years he has been striving to be a successful small business owner. This has involved him making many sacrifices by spending a great deal of hours in these ventures. This year he, along with a few employees, participated in project booking and tracking software training to maximize profits. We are certain he will continue this approach during his incarceration by taking advantage of any business education related opportunities.

He, and those involved with this petition, understands the acceptances of the crime committed and are not asking for it to be forgotten by any means, but rather all of his characteristics are properly considered during his sentencing. We request that it be sufficient, but not greater than necessary. The current sentencing guidelines, minimums, etc. for drug related crimes have been highly debated for quite some time with numerous amendments and new bills being presented for reform. Most notably, Attorney General Eric Holder's recent memorandum and speech before the American Bar Association in August 2013. This allows for prosecutorial discretion as opposed to attaching a blanket sentence to these offenders without evaluation. As Eric Holder said ""charged with offenses for which the accompanying sentences are better suited to their individual conduct, rather than excessive prison terms more appropriate for violent criminals or drug kingpins." John Fitzgerald is neither of those classifications, a "violent" "drug kingpin". Does rehabilitation need to occur on his behalf, absolutely. That rehabilitation should not last 25, 30, 40, years. Another quote from Attorney General Eric Holder related to this ""By reserving the most severe penalties for serious, high-level, or violent drug traffickers, we can better promote public safety, deterrence, and rehabilitation -- while making our expenditures smarter and more productive...". Over half of our, 40% above capacity, federal prisons are comprised of drug offenders serving exaggerated sentences in some cases.

Currently 10, 20, and 30 year mandatory minimums are attached to defendants based on prior criminal history. When closely analyzed, there are many inconsistencies with sentencing that do not use the minimums, or would only include prior related convictions when a defendant chose to be heard by trial. The prior convictions potentially being filed against John Fitzgerald were all from 1998, and very minimal offenses. If minimums are not utilized in John Fitzgerald's case, we could rely on the USSC's guidelines with history and offense level tables. Those level's are also being requested for adjustment, and rightfully so.

It is believed John Fitzgerald's initial offense level will be 36 (21 U.S.C. §846) which carries 324-405 months. Below are recommended departures/downward adjustments we request to be implemented at the very least:

This would reduce the offense level to a 29, which carries a guideline range of 151-188 months, roughly 128 months with the current 85% good behavior guidelines. With that being said, in 2011 29% of case sentencing was below the guideline range which we, the petitioners, would also greatly support. This type of sentencing would give a great man an opportunity to be properly rehabilitated and released into society to be with his family and friends and move forward with his life.