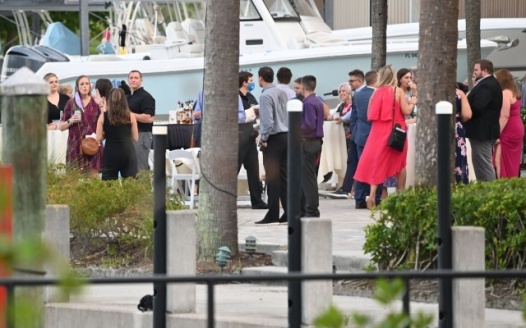 We the Undersigned declare and state the following:

A. We are Residents of Jonathan’s Landing, Members of JL Golf Club, Slip Owners or Renters at South Marina, 3238 Casseekey Island Road. We are over the age of eighteen (18) years and we make this Declaration based upon our personal knowledge and beliefs.

B. The following are based on activities in the area of Jonathan’s Landing commonly referred to as the Suntex Marina or South Marina at 3238 Casseekey Island Road:

C. It is our opinion and belief that:

➢ The public operations of Out of the Blue at the South Marina/Suntex are contrary to operating as an establishment, incidental to the Marina for JL residents, members or Marina slip or boat owners as specified in The Jonathan’s Landing Operating Documents under which I purchased a home or boat, joined as a member or rented/leased a Marina slip.

➢ The public operations endanger the health and safety of residents, members and slip owners of Jonathan’s Landing or Marina,

➢ The public operations at the South Marina/Suntex have interfered with my personal enjoyment of my property and daily life as a resident of Palm Beach County and Jonathan’s Landing.

➢ The public operations at the South Marina/Suntex have interfered with my personal Security, that of my property and my daily life as a resident of Palm Beach County and Jonathan’s Landing.

Finally: The contention by the applicant that the requested modification to the Marina site plan use will result in a “de minimus” impact is patently untrue and further, it constitutes a catering operation which is an expansion of an already prohibited use and will, if permitted to expand, have significant negative impact on Property Values within Jonathans Landing.