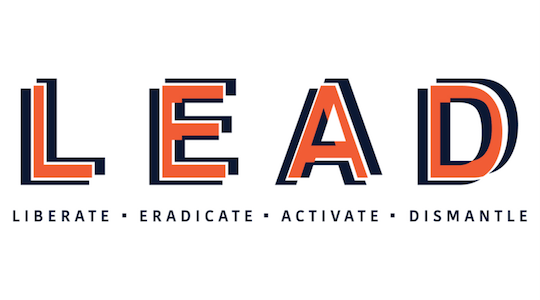 The U.S. Department of Health and Human Services’ (HHS) has proposed to narrowly define gender as “as a biological, immutable condition determined by genitalia at birth.” In response, on November 1, 2018, Dean Ellen MacKenzie issued an email to Johns Hopkins Bloomberg School of Public Health (JHBSPH) stating that there is “a wealth of scientific evidence demonstrating that gender is not a binary construct” and that it is crucial to amplify scientific evidence in support of reducing health disparities, stigma, and discrimination often faced by TNBGNC individuals and communities.

Our concerns for TNBGNC individuals are ever increasing as JHU continues to pursue an armed, private university police force and continues to hold a partnership with Immigration Customs and Enforcement (ICE). Transgender people with intersections of race, femme identity, and people without economic status, especially Black Transgender women, suffer from higher than average rates of identity based violence and sex work profiling at the hands of police.* The implications of the JHU/ICE partnership for TNBGNC immigrant students and for immigration and asylum seekers at large is of great concern. * There are many ways that JHU participates in the oppression of TNBGNC people within and external to the institution and our concerns are not mutually exclusive to important conversations about policing, violence, who is protected and who gets to feel safe.

We, members and supporters of L.E.A.D (Liberate, Eradicate, Activate to Dismantle), agree and appreciate the letter of support for TNBGNC people and communities. We also understand the significance of Hopkins finally re-opening Transgender health services.

At the same time, there is an undue burden put on students and faculty to improve the overall environment within JHU. As an institution with significant influence in public health, we demand that JHBSPH and JHU act to support TNBGNC at the institution and in our communities. Short term and long term actions are required immediately, regardless of the proceedings of the LGBTQ working group or other similar entities at JHU.

We demand that Johns Hopkins University (JHU), as an institution, publicly denounce the recent leaked memo which would change the definition of gender identity to an unscientific and deliberately discriminatory description as an “immutable condition determined by genitalia at birth”, especially given JHU’s history of facilitating the rise of medical transantagonism.

Have a clear pathway for folks to fix/change their chosen name, pronouns and gender indicators in the school wide system and/or have a designated person or pathway that all students know they can go to if they need something fixed/changed. See Trans @ UCLA for an example of how this can be done under the header “Name Change & Preferred Name Processes”. Many students have shared that they've experienced challenges in changing their name. This includes needing to provide proof of name change to having their name be changed for one class but not another. There should be a simple and accessible way for students to fix/reflect their chosen names.

Have “gender” questions on classroom exit surveys and all other surveys be a fill in. This means students should be able to write in their own a/gender identity and not be restricted to gender binary subjective options and an “other” category.

While these changes are necessary for immediate abatement of the damaging policies perpetuated by JHU as an institution, it remains equally necessary to plan for a positive and constructive vision of the future. There is a larger need for a cultural shift throughout the university to provide TNBGNC students with the infrastructure to support their needs and concerns.

Hire staff on all campuses to directly support TNBGNC Hopkins affiliates at all schools. While Homewood Campus has a whole office dedicated to supporting LGBTQ life, other JHU schools have clubs or working groups which is insufficient administrative support. While this office is said to extend to all JHBSPH affiliates, there needs to be on-campus campus representation, communications, and more accessible staff. Students, faculty, and staff should have timely access to issues around name-change, concerns with faculty, questions around healthcare, and more.

We ask that the administration focus efforts to improve hiring practices and policies and to increase the number of TNBGNC decision-makers within the university who will be able to better advocate for student needs in the long-term. We understand that there are many environmental factors that affect one’s well being. Therefore, we understand that the lack of structures and policies within the school that support and affirm the full existence of our students, faculty, and staff (i.e. not having gender liberated bathrooms or having your chosen name reflected on school documents) has a negative synergetic effect on the health and quality of life of JHU community members. This is a problem.

Demand 3: Require trainings for all students, faculty, and staff, and strengthen accountability processes

The current implicit bias trainings have significant flaws. In addition, there remains a lack of accountability when professors, administrators, and others in positions of power foster an acutely hostile environment, intentional or not, when engaging with students. This is reflected in not only a lack of standardized training in how to teach and support students of marginalized gender identities and expressions, but also in a lack of proper redress when issues arise. Previous attempts to hold professors accountable has been met with subpar responses that allow professors to continue enacting harm in their work and on their students. Therefore, in order to create a safer environment for students, we ask that the university not only provide this training consistently and annually to all faculty and staff engaged in student contact, but also revamp the procedures for bringing claims of offensive and hurtful behavior when it emerges. We recognize that not all faculty and staff may previously have been educated in the needs of students of marginalized a/gender identities. But, if the university is then to hire or promote them in roles where they must have this understanding, then it is the university’s responsibility to provide the introduction. And, when faculty and staff fail to meet the standards of conduct the university sets and jeopardizes the well-being of students, there must be more effective ways to voice and address grievances so that the university environment may grow and move forward. The stagnation of bad behavior will not be tolerated in these increasingly dangerous times for TNBGNC communities.

While we recognize the significance of recently opening the new Transgender health Center, we demand that Johns Hopkins acknowledge its own continued history of transantagonism. This includes, but not limited to:

As previously stated, these concerns extend to all Johns Hopkins facilities and educational institutions. Responses to bigotry, hatred, and discrimination are always required - especially as a institution of health and higher learning. It is in that regard that we demand transparent and immediate action be demonstrated and sustained for TNBGNC students and all other targeted populations with a commitment to root out toxic social and systemic structures that degrade the health of the public and vulnerable.

We look forward to your response, to engage on the required urgent safety measures that must be taken to protect TNBGNC communities at Hopkins, and to set the standard of health and well-being for marginalized communities. In your efforts to ensure that these demands are met, we offer L.E.A.D. as a resource, but also encourage you to reach out to, and compensate, community organizations that have already been doing this work.