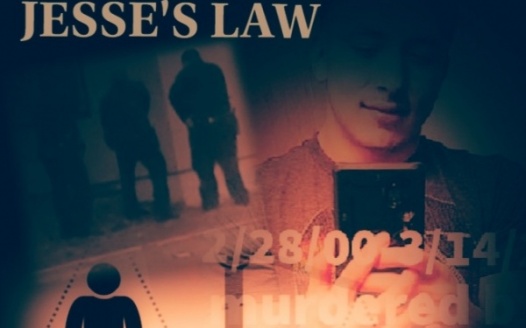 My son was Murdered by a Pueblo County Sheriff's Deputy on March 14 2020 he was 20 years old. Since then I have learned that everything that normally happens with an investigation is just the opposite.
1. The police investigate themselves.
2. The same district attorney that work with law enforcement everyday is the decision to whether charges are filed or not.
3. The family of the victim are not treated like victims more like the defense.
4.the numbers are astounding there are 900 to 1000 police involved deaths every year since 2005 only 3 officer's have been convicted 22 acquitted and 21 still face charges that's really unbelievable. We all know about Eric Garner and Mike Brown and Rodney King and Kelly Thomas. So only 46 officers charged with a criminal act since 2005? That tells us the system is broken.

Jesse's Law is just in the beginning stages but what we are going to propose is that an Independent entity needs to handle Police involved inquiries even when it's a officer being charged with a crime such as DUI. A separate entity needs to also be formed to prosecute these cases as well.
Jesse's Law will be the someone to police the police

I made this petition to see what kind of support we would have to really get this written into law.