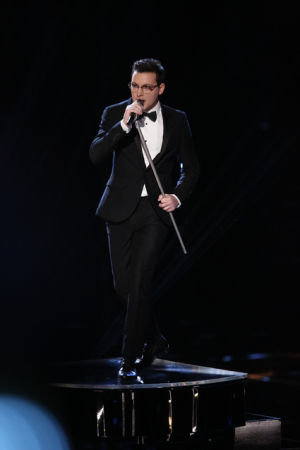 James Wolpert on The Voice Tour

We would like James Wolpert, semi-finalist of NBC The Voice Season 5 to join The Voice Tour because he has an unique sound that was really special to the show. James is about to release his new record/CD/album -- and The Voice Tour is a fabulous way to introduce his original music and perform some of his covers. James Wolpert needs to join with Jacquie Lee, Will Champlin, Tessanne Chin, Dia Frampton, Josh Kaufman, Christina Grimmie, Jake Worthington, Kristen Merlin and Jake Barker on some shows of The Voice Tour.
We, the fans and friends of James Wolpert, would love to see James sing with his Voice family in cities around the United States and be invited to join the Voice Tour!