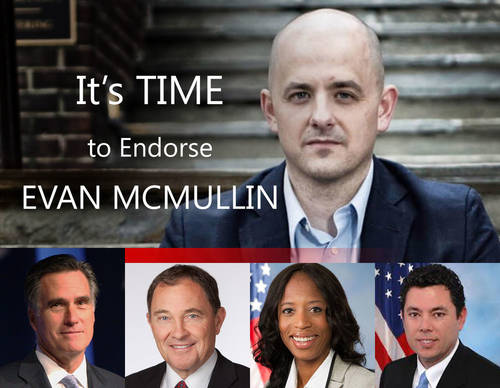 It's TIME for Utah Leadership to Endorse Evan McMullin

Conservative Utah leaders who will not endorse Donald Trump, we petition you to publicly endorse Evan McMullin for President of the United States. Namely:

Please sign this petition if you 1) Believe if elected, either Donald Trump and Hillary Clinton would be bad for the country. 2) Believe that true conservative values are the life-blood of this great nation. 3) Believe it's TIME we start standing up for the best candidate to be elected president.

We greatly respect the leaders listed above for their courage to publicly denounce Donald Trump because of his reckless and destructive behavior and because of the harm his election would cause the country. They are uniquely positioned to make endorsements for a true and honorable conservative (Evan McMullin) who we feel is the ONLY candidate who would represent true conservative values in the highest Office. We humbly request that these leaders take the next step and do the right thing by conservatives, the state of Utah, and the nation, and endorse Evan McMullin for president of the United States.