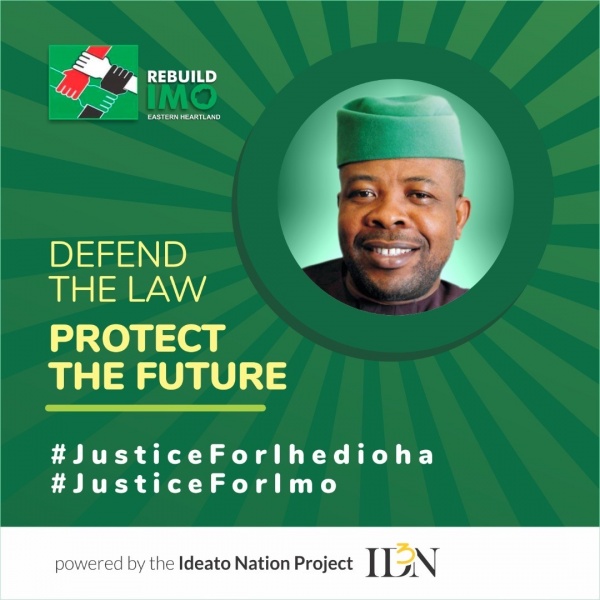 Former Governor of Imo State, Rt. Honourable Emeka Ihedioha has officially approached the Supreme court of Nigeria, led my by Justice Tanko Muhammed to review a Judgement delivered against him and his party the People’s Democratic Party, PDP

The Immediate past Governor of Imo state approached the Supreme court seeking a review of the judgement that removed him from office and pronounced the current governor of the state, Hope Uzodinma winner of the 2019 gubernatorial election of the state.

The former governor told the Supreme Court that its January 14 judgment that sacked him and declared Hope Uzodinma of the All Progressives Congress the duly elected governor of the state was obtained by fraud or deceit. He added that the apex court was misled to give the judgment. Describing the judgment as a nullity, he asked the apex court to set it aside.

A seven-man panel of the apex court led by the Chief Justice of Nigeria, Justice Tanko Muhammad, had on January 14 unanimously declared Uzodinma of the APC winner of the March 9, 2019 governorship election and the validly elected governor of the state.

In alleging fraud, however, Ihedioha and the PDP claimed that Uzodinma and his party fraudulently misled the apex court into holding that 213,495 votes were unlawfully excluded from the votes they scored in the governorship election held on March 9, 2019.

They said Uzodinma admitted under cross examination that he was the person, and not the Independent National Electoral Commission, who computed the result that gave him the 213,495 votes alleged to have been excluded from his total votes in the election.

They further argued that the judgment sought to be set aside was a nullity in that it was given per incuriam.

The applicants also, among other grounds, argued that the judgment of the Court of Appeal dismissing Uzodinma’s petition as incompetent continues to subsist as the appeal against that decision was not considered by the apex court.

JOIN THE DEMAND FOR JUSTICE BY SIGNING THIS PETITION