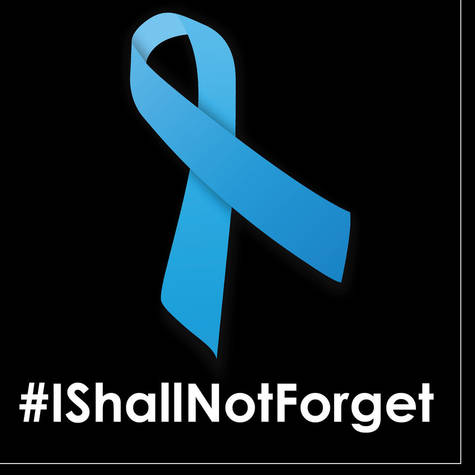 PETITION TO THE MINISTER OF LABOUR AND HOME AFFAIRS, MINISTER OF EDUCATION AND SKILLS DEVELOPMENT, THE ATTORNEY GENERAL AND THE PRESIDENT OF THE REBUBLIC OF BOTSWANA

Section 25 of the Children’s Act provides as follows:

(1) Every child has a right to be protected from sexual abuse and exploitation, including prostitution and pornography.

(4) The Minister shall devise or cause to be devised programmes to prevent the sexual exploitation of children.

This Act defines a child as ‘a person who is below the age of 18’.

Over the years, a great number of children have been subjected to unspeakable acts of abuse – both physical and sexual, from adults that these innocent souls counted on for guidance and protection. The sad reality is that, a lot of these cases go unreported as the victims’ guardians often choose to talk it out at home, some settling for monetary compensation. We continue to then have these sexual predators roaming our streets, often even repeating these acts on other innocent victims.

The media is awash with reports that a 16 year old student from Nata Senior Secondary School is 5 Months pregnant. The mother to this child, in a radio interview, confirmed that her child is indeed pregnant and has alleged that she was impregnated by a councillor in Sebina. This radio interview came against the backdrop of media allegations that a councillor in Sebina and the Assistant Minister of Education were involved in the hatching of a plan to conceal information as well as the sinister and possibly criminal circumstances underpinning this child’s pregnancy. The implication of our leaders in matters of child abuse is of grave concern.

It is upon us as Batswana… and as parents… to act, as a nation, to stand up in defence of our children and say enough – no more! Shocking and painful incidents like the one reported in Sebina should be a wakeup call to all of us to rise up and, with one voice, condemn all forms of abuse against defenceless children. It is sickening to see children being abused physically and sexually by their parents, guardians and community leaders, yet no action is being taken.

Children are also entitled to equal protection of the law that the Constitution guarantees to all citizens, if not more so because of their status as a vulnerable group in society.

It is for this reason that we the undersigned, on behalf of all Batswana, present this petition to you Minister of Labour and Home Affairs – Hon. Edwin Jenamiso Batshu, Minister of Education and Skills Development – Hon. Dr. Unity Dow and Attorney General - Dr. Athaliah Lebisa Molokomme in your official capacities and for onward transmission to the President of the Republic of Botswana - His Excellency Lieutenant General Doctor Seretse Khama Ian Khama, demanding the following actions from you:

We implore you our leaders, to enforce the Children’s Act, 2009 and protect innocent children from both physical and sexual abuse.

We continue to observe the good intentions of Section 25 being ignored, with cases of abuse against children going uninvestigated until they fizzle away into oblivion. We demand that the state should make it its business to investigate any substantive rumour and/or suspicion of child abuse, whether it has been reported or not, as more often than not the victims would not report the incident if their guardians choose not to.

If these reports are true, the full might of the law should even apply on the guardians who are reported to have been in the know all along.

A thorough investigation should be launched against the Assistant Minister because, if the leaked conversation is real, he may have committed a number of very serious crimes including, among them;

All these, if found to be true, would be serious charges.

We all need to stand up and root out this rot before it permeates throughout our society. We have brought these little ones into this world, and it is therefore our responsibility to all see to it no harm befalls them.

Failure to acquiesce to the above demands would indicate that the state has no interest in protecting our children. We would be left with no option but to seek legal recourse, including resort to a private prosecution for suspected criminal acts. Otherwise, we would have failed in our primary duty as citizens.