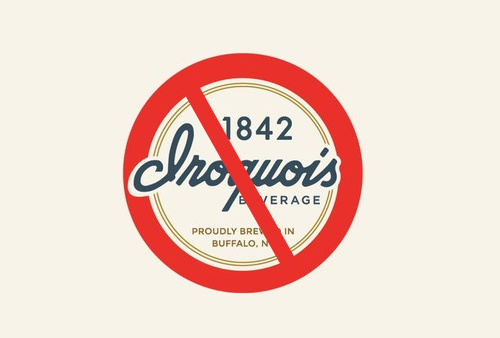 Stop the Revival of Iroquois Beer

578 people have signed this petition. Add your name now!

We, the undersigned,object to the revival of the Iroquois Beer brand by Community Beer Works of Buffalo, NY. Iroquois is a word commonly used to refer to the Haudenosaunee Confederacy, a political union of six Native nations in Western New York and Southern Ontario. It is used in marketing and branding to this day, by non-Natives, to profit off of stereotypical, derogatory, disparaging, and harmful imagery, such as the case with Community Beer Works’ revival of the Iroquois Beer brand.

Referencing a living people, neighbors to Buffalo, NY, neighbors within this very city, to reignite a brand that is a blot on Buffalo’s history, is an embarrassment to the City of Good Neighbors, Buffalo, NY and harmful to Native nations and Native peoples. We, the undersigned, are calling for a boycott of Iroquois beer and any other of your products until you cease all production of labels, paraphernalia, and advertising with the word "Iroquois".

In an era where sports teams across the nation are retiring Native themed mascots, such as the Cleveland Indians decision to remove Chief Wahoo as their mascot, Community Beer Works is moving Buffalo a step backwards by reintroducing a product that appropriates and profits off of the name of a vital, living group of Native people, people who are neighbors to Buffalo, to Buffolonians, and to Community Beer Works. People who are the original inhabitants of the land where your offices and brewery are located. Haudenosaunee (Iroquois) peoples and nations contribute to the vitality of the region and serve as some of largest economic contributors and employers in the region. To reduce Haudenosaunee nations and peoples to a brand, a stereotype, ignores the positive impacts they have on the Buffalo community and the larger Western New York region.

The negative effects of dehumanizing, disrespectful, and disparaging imagery and branding, such as the Iroquois beer brand, are well proven in numerous studies (see links below). Children suffer psychological effects that follow them through adult life at seeing dehumanizing representations and their proud nation names stolen and used for the profit of companies with no benefit to those same nations and communities. Community Beer Works is located merely two blocks from Buffalo’s Native American Magnet School, on ancestral Haudenosaunee (Iroquois) lands. The fact that Community Beer Works finds it appropriate to market and produce beer that dehumanizes students’ ancestors and living relatives, while ignoring the devastating impacts of alcohol on Native communities, is a reprehensible oversight and an embarrassing affront to the Western New York community as a whole.

If you need further information about the long history of Native appropriation using racist, harmful imagery, we encourage you to spend some time reviewing the extensive essays on this topic written by Cherokee scholar of Native American and Indigenous Studies, Adrienne Keene, on her blog nativeappropriations.com

Kim-Prieto, C., et al. (2010). "Effect of Exposure to an American Indian Mascot on the Tendency to Stereotype a Different Minority Group." Journal of Applied Social Psychology 40(3): 534-553.

Pewewardy, C. D. (2004). "Playing Indian at Halftime: The Controversy over American Indian Mascots, Logos, and Nicknames in School-Related Events." The Clearing House: A Journal of Educational Strategies, Issues and Ideas 77(5): 180-185.