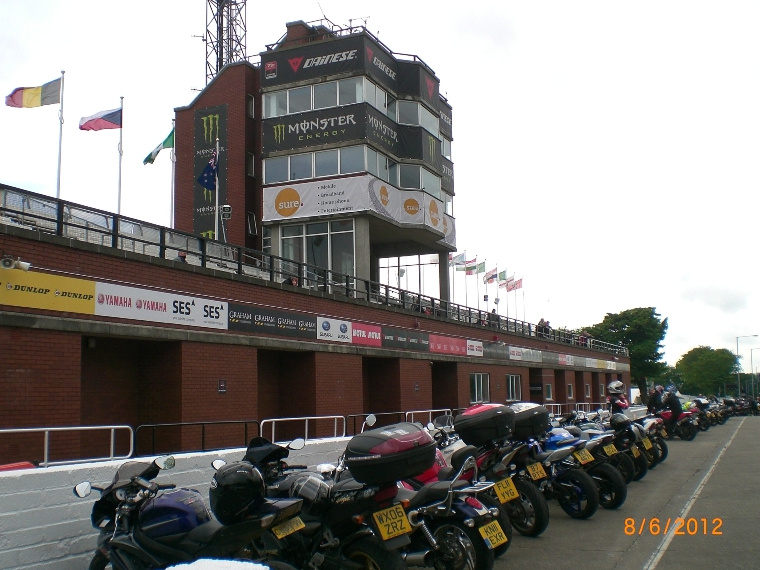 IOM Government: Please cancel plans to (a) develop a TT World Series and (b) privatise the races

AUTHOR'S NOTE (updated 7/5/15): In the 7/5/15 issue of Bikesport News, there is a TT-related interview in which Paul Phillips states that he believes Tynwald are due to decide in October 2015 (not November as previously reported in other sections of the media) whether or not to give approval to the TTWS plan. This petition will therefore close on 6th September 2015. If it proves necessary to close it sooner than this, all signatories will be informed.

We, the undersigned, respectfully request that you cancel all plans to develop a TT World Series and to privatise the event, as we believe that both could severely, or even irreparably, damage it.

Under the current system, where the Manx government runs the TT, there is some accountability to the taxpayer and, by extension, the racegoer. If a private promoter were to take over, this would be lost as they may only be interested in keeping their shareholders happy, rather than the public on whom the event depends. Increased costs (e.g. forced seating that attendees will have to pay for, overly expensive food and drink, pay-per-view etc.) are likely to result. This would put the event out of the reach of the average punter and make it the preserve of the rich, something the TT was never supposed to be about. It would also cost Duke Video a great deal of business, assuming that the plan to transfer responsibility for producing and selling the official programmes, merchandise etc. to the new promoter came to pass.

With regard to the TTWS idea, there's a history of such series failing. In 1989, a road racing championship called King of the Roads took place over five rounds, including the TT, and catered for three classes: Superbikes, 250/350s and F1 sidecars. It fizzled out after one season despite a number of countries showing an interest in holding their own rounds the following year. (The full story can be found in the 4th December 2014 issue of Bikesport News.)

The riders and teams would need to have a phenomenal budget set aside for the series which, in these days when sponsorship is drying up, would be incredibly difficult for them to come by, especially in the case of the privateers. Although it has been suggested that the host cities would be expected to cover the costs of travel, hotels etc., it's unlikely that they would agree to this, considering that the majority of countries would prefer to put their cash into less working-class, more “money" sports like golf, cycling and rugby. The proposal to have 20 or 30 permanent riders, with up to 15 wildcards selected from each host region, may also serve to unintentionally squeeze out the privateers.

There is no event anywhere in the world today that's quite like the TT and this uniqueness is a huge part of its appeal for riders and spectators alike. This would disappear if it were to become “just another" round of “just another" world championship. There is also the question of whether it would be shortened from the current two weeks to one weekend, as has been proposed for the other rounds. This could have a detrimental effect on the safety of the riders, who would not have sufficient practice time. Also, any serious injuries or deaths would tarnish the reputation of the TT, even if the incident(s) took place at another round and not at the main event.

The biggest issue, however, is the effect the series could have on attendances. Given the current economic climate, people may think, “Why should I spend all that money, time and effort going to the TT when there's a race down the road from me that's exactly the same?" Of course, it won't be the same but anyone who hasn't visited the Island before may not realise this. In fact, the damage may well end up being so great that we could see the end of the event in our lifetimes, which would be a tragedy for road race fans and for the Island itself.

For all of these reasons, we believe that cancelling both plans will ensure that the TT has a future.