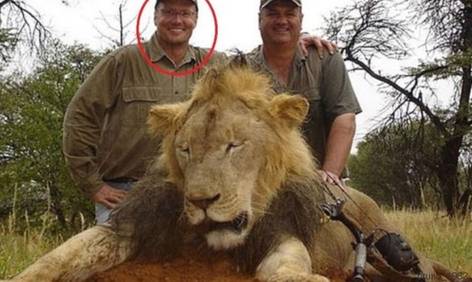 Zimbabwean authorities are alleging that Walter James Palmer bribed wildlife guides for $55,000 in order to kill a lion. The Travel Act forbids travel to foreign countries to engage in illegal activities. Bribery would be considered one of those activities.

The United States has an extradition treaty with Zimbabwe. A “dual criminality” clause is written into the treaty. If an American engages in conduct in Zimbabwe which is illegal both in the United States and Zimbabwe (and imprisonment for at least one year is called for) the United States is legally bound to extradite Palmer to Zimbabwe.