Investigate Corruption and Governmental Crimes Against Peaceful Demonstrators in Iraq 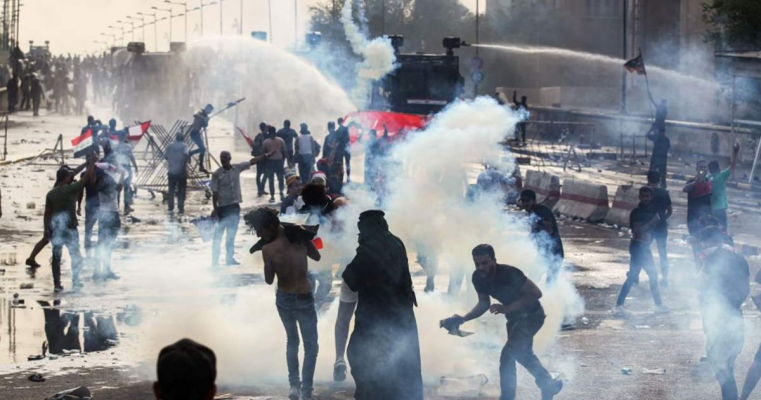 We the Signees of this public petition request your esteemed organizations to call for an independent investigation of the serious crimes committed by Iraqi authorities against peaceful, undefended demonstrators in Iraq. Terrible crimes, including the use of internationally forbidden gas bombs, and shooting with life bullets have been committed since October 1, 2019, and still continuing to date. Hundreds demonstrators been killed, most of them are under the age of 20 years, and more than 15,000 injured so far , some of them have fatal permanent damages, as reported even by the Human Rights Commission of the Iraqi parliament. Families who live under miserable conditions in a rich country, like Iraq, together with thousands of unemployed young and university graduates demanded jobs and honorable life. The middle class, professional unions and intellectuals joined them as they also lost faith in the sequence of corrupted governments that run the country in mafia style by party fiefdoms, buying and selling governmental positions, stealing public budgets, designated for restoring the old infrastructure damaged in multiple wars of the previous regime, left the country without proper urban and public services. The ruling fiefdom parties still have weapons in hand today and their mafias use them daily against the public. No social stability or peaceful life. Today almost all layers of the Iraqi society participating in these just demonstrations.

Instead of offering real reforms to the people and fight corruption, the Iraqi government used bullets and forbidden poisoning gas bombs to crush and kill thousands of these peaceful undefended demonstrators ( Amnesty International issued a report on October 31, 2019 on these bombs).

We request your esteemed organizations to:

We appreciate all your efforts to defend human rights, to assist setting independent investigation, and taking measures to penalize those responsible for these terrible crimes.