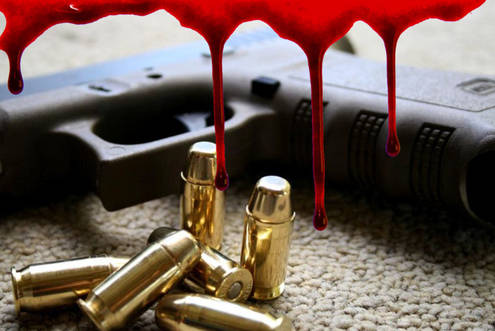 MURDER IS AT RECORD LEVELS & GUNS DON'T KILL, BULLETS DO

If you have buried a murdered relative, friend, co-worker or neighbour or if you often wonder when you will, this petition is one that needs YOUR support.

On Nov 28, 2013 Customs discovered an attempt to smuggle 3,000 bullets and an automatic bullet making machine. Within 24 hours an alleged perpetrator was publicly named and within 7 weeks, Oneil Schroeder was charged and placed before the Court for prosecution. BUT only a few weeks later the following comes to light, after a Jamaica Observer article kicks of a firestorm about "Another Bullet Machine....in the corporate area for over a decade."

Minister Robert Montague, knowledgeable of these facts, the escalating and wanton murders of citizens AND repeated reports of abnormalities and lack of accountability at the Jamaica Rifle Association over the years, responded to TVJ's question of how he plans to deal with these "breaches" on March 23, 2017. What was Minister Montague's reply??

"That was from 2014, the machines are now at the FLA. This Minister is interested in going forward."

TELL THE MINISTER THERE IS NOTHING "FORWARD" ABOUT HIS MOVE.

THESE ARE VERY SERIOUS CHARGES WITH LIFE AND DEATH IMPLICATIONS.

WE ARE CALLING FOR AN IMMEDIATE INVESTIGATION WITH PROTECTION FOR THE WHISTLEBLOWERS.