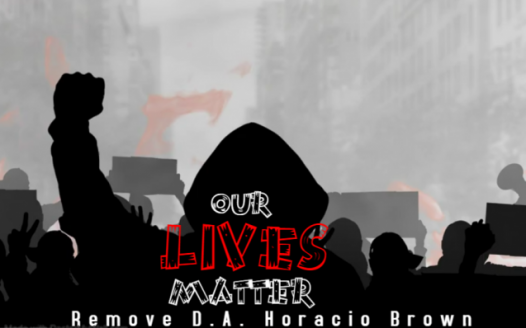 The citizens of No Filter have been victims of abuse by the D.A. of the city, Mr. Horacio Brown.

Horacio Brown has become comfortable with abusing his power as the D.A. Constantly, he has proven that he doesn't care about justice for the citizens of this community. Numerous times, Horacio Brown has made senseless statements such as, " I will see you in court or if you don't do this I will throw the life sentence at you and he has even gone as far as asking Queens to go out on dates for a reduced jail sentence".

Is this the person we have deciding our fate?

District attorneys have significant decision-making power and the decisions they make have a big impact on the community. They can decide whether criminal charges are brought to court, which cases are dismissed or diverted from court, and — to some extent — the sanctions that people convicted of crimes will face.

The primary duty of the prosecutor is to seek justice within the bounds of the law, not merely to convict.

The prosecutor should seek to protect the innocent and convict the guilty, consider the interests of victims and witnesses, and respect the constitutional and legal rights of all persons, including suspects and defendants.

Please sign this petition so that the future Mayor or government official can start an investigation on D.A. Horacio Brown, for you and all of our families sake.