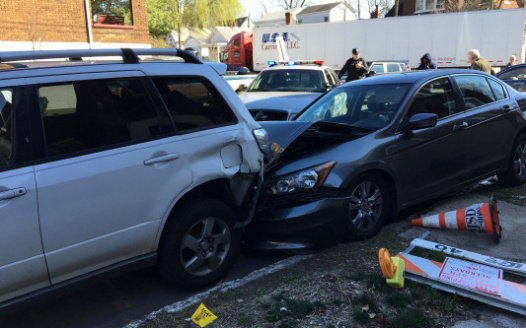 Since moving to the Shelby Park neighborhood of Louisville, KY in January 2017, we have witnessed over a half dozen accidents at the corner of Camp Street and Jackson Street, with varying results including minor vehicle damage, damage to our apartment building, totaled vehicles, and injuries resulting in EMS care.

Young children live at this intersection who get on and off the school bus daily. The frequency and severity of the accidents have only increased. I (Theresa) personally lost my car to an accident here in March 2017 when two cars crashed and hit my parked car, totaling it.

A traffic light needs to be installed at this intersection for the safety of our residents and those who visit Shelby Park. In addition, new speed limit signs need to be posted at the exit ramp of I-65.

A light was installed at the next intersection up only after someone was killed there. Sign this petition so history won't have to repeat itself and we can prevent more injuries and costly damage.