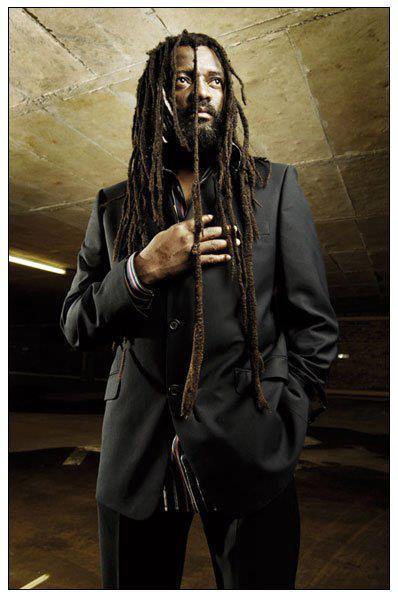 Induct Lucky Dube into The Rock and Roll Hall of Fame

Dear Rock and Roll Hall of Fame, My name is Lady B Bless, I am a Radio Personality on an online reggae radio station Afro Carib Radio.

The reason for my letter is to nominate an outstanding artist into the performers category; but first I would also like to thank you for inducting Mr. Bob Marley in 1994 he was and still remains one of the reggae industry’s greatest artist..
Today I would like to nominate Lucky Dube. Lucky Dube (8-3 -1964 – 10 -18 -2007) was one of Africas’ biggest reggae artist. Known to the world as “The African Bob Marley”.
Lucky Dude started recording at the age of 18 and at the time of this death had recorded over 22 albums in three different languages. Most of his songs talked about the social problem and struggles of the people around him. His music was loved and enjoyed not only in Africa but also in North America, The Caribbean and Europe. “He has produced ten highly successful reggae albums, including the multi-platinum released House Of Exile and Victims.
Few global superstars who have racked up close to 20 years in the music business are still able to lay a claim to real inventiveness - and one can certainly count Lucky Dube amongst them. Having sold in excess of 3 million albums worldwide over a two decade career, Lucky Dube is the biggest selling Reggae artist and was one of it’s frontline stars.” - Lucky Dube Biography - http://www.wrasserecords.com/Lucky_Dube_5/biography.html
Why do I feel Lucky Dube should be inducted into The Rock and Roll Hall of Fame? Passion, Love, Zeal, Concern, accepting of all are just few of the word and phases used to describe him and his music.
Lucky Dube brought hope in a time when there was no hope for freedom during the apartheid of South Africa. It is my opinion that music is the most powerful tool on this earth it can be used for good, it gives hope, it gives love, it makes you dance, it makes you cry. Music even has the ability to cure the sick, that is the power of music. Lucky Dube’s music did just that, he was able to use his voice to move the heart of a nation, his music touches your soul, makes you think, makes you reflect on the social issues .His music also gave you a way out of your struggles, when you listen to such a song as Different Color / One People Hey you government Never try to separate the people Hey you politician Never try to separate the people They were created in the image of God And who are you to separate them Bible says, he made man in his image But it didn’t say black or white Look at me you see BLACK I look at you I see WHITE Now is the time to kick that away And join me in my song Different Color/One People – Lucky Dube. You began to understand the impact that his music had on people.
Lucky Dube was the people’s voice of reason when the people had no voice, for this reason I strongly feel that he has earned the right to be inducted into The Rock and Roll Hall of Fame.
In conclusion I would like to thank you for your time and I humbly ask for you to consider Lucky Dube worthy of this honor. A simple google search will return a wealth of information on this artiste his music and his career.
Thank you for your time,
Sincerely, Lady B Bless
ladybbless@gmail.com