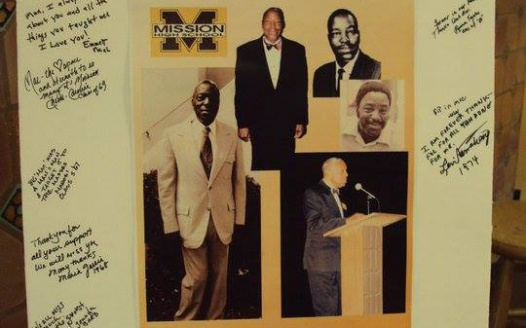 Ernest McNealy, Sr. taught at various public schools in San Francisco before he began coaching basketball at Mission HS in 1957, and after six years he became the head track and field coac

Ernest McNealy, Sr. taught, encouraged, and inspired his students to be exceptional athletes as well as exceptional human beings of which he was most admired. He was a gentle, loving, and caring man who was a great husband, father, friend, coach, educator, teacher, and mentor to thousands of fortunate young people whose lives were positively changed by his presence. He continued coaching into his 70’s even after he broke his hip during a slip and fall accident in 1995. “Mac” as he was affectionately called by all who knew him unfortunately passed away on August 26, 1999 at the age of 76much to the sadness of his colleagues, formers students, friends and should be recognized & applauded for his lifetime dedication to the youth of San Francisco.

On October 14, 2003 the San Francisco Board of Education honored the memory of Ernest ‘Mac’ McNealy, Sr. for his years of service, his generosity, his kindness, and his unceasing energy of devotion to the tradition of Mission High School; which tradition he so much helped to define.

The MHS Boys Gymnasium shall henceforth be known as the Ernest McNealy, Sr. “Coach Mac” Memorial Gymnasium, and a memorial plaque donated by family, colleagues, former students and friends so stating be installed at the school.

Coach Mac life dedication to Mission HS, SFUSD, SF Athletics, and the many students he taught and coach without a doubt made him deserving of this award it is time that he be rewarded as such. His unselfishness as a human being truly outweighs his sports accomplishments to which he was judged by his peers.