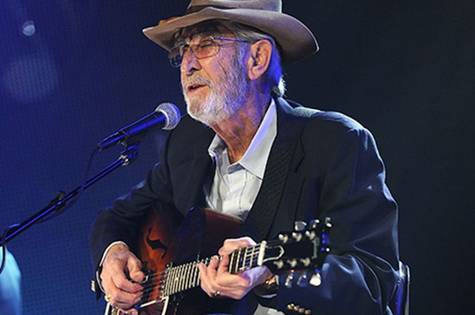 Today, March 1, 2016, Don Williams announced his retirement from country music. He is stepping away from an incredible career, and it's time Civic Lubbock's board of directors steps up and has Don Williams step into the West Texas Walk of Fame.

Don Williams certainly fits the criteria for being inducted: “The West Texas Walk of Fame” honors those individuals/groups with a strong connection to Lubbock and the West Texas area who have devoted a significant part of their lives to the development and production of the performing and visual arts and whose body of work has been influential nationally in one of more of these areas. In addition, inductees must have a significant connection to Lubbock or the West Texas area which is defined as follows: inductees must have been born in (emphasis added) or spent their formative or creative years in Lubbock or the West Texas area (generally interpreted as a 150-mile radius of Lubbock." (http://www.civiclubbock.com/walk.html)

Don Williams, born May 27, 1939 in Floydada, TX (51 miles from Lubbock), where (according to a 2013 interview in the Lubbock Avalanche-Journal), he "spent a few years" before his family moved to Portland, TX. Don is an American country singer, songwriter and a 2010 inductee to the Country Music Hall of Fame. After seven years with the folk-pop group Pozo-Seco Singers, he began his solo career in 1971, singing popular ballads and amassing 17 number one country & western hits. Only four of his 46 singles didn't make it to the Top Ten.

Don Williams' retirement is a wake-up call. Unless an inductee is being recognized posthumously, all inductees must agree to be present for the formal induction ceremony, according to Civic Lubbock. Time is running out to honor Don!

Thank you very much!