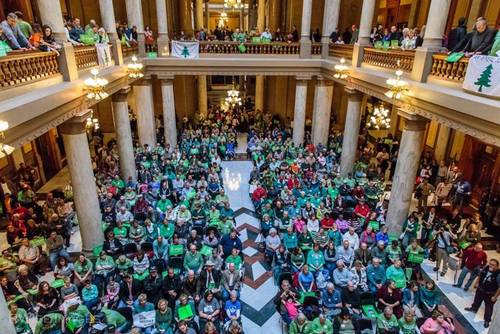 1318 people have signed this petition. Add your name now!

We the undersigned, support religious liberty and freedom of speech as our founders intended.

For this reason, we oppose the elevation of homosexual behaviors, and gender identity to special rights status in Indiana. Doing this uses the power of government to silence and punish those who hold to traditional values,deeply held religious convictions.

Senate Bill 100 OR ANY OTHER bill that gives sexual orientation or gender identity (SOGI) special legal status is a threat to religious liberty, freedom of conscience, association, and speech.

Making homosexual behavior the legal equivalence as skin color and race is not necessary. It is out of step with 30 other state’s laws, and further divides Hoosiers.

Please reject this concept and move on to other matters impacting Hoosiers.