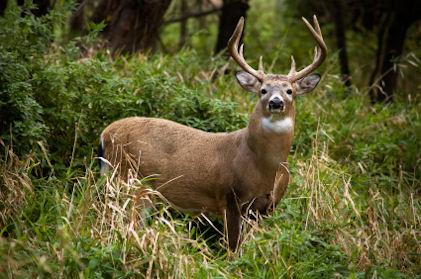 Indiana Hunting Regulations can be frustrating at times when you want to go hunting with a more common rifle caliber. I want to have the law updated so we can use a broader range of calibers.

Hunting white tail deer all 30 caliber rifles should be legalized in Indiana. These modern 30 caliber cartridges are used nationwide year round for hunting, target practice and other activities. People are limited on how they are able to hunt with the way the law is now; we are not able to use our Grandpa’s old 3030 rifle or any other modern rifle because of the current law. 30 caliber riffles are used in a lot of states for hunting deer and I believe Indiana should allow us to have the same option. I feel it’s a shame that many people who move to Indiana and have more common caliber rifles are forbidden to use them for hunting and can only find themselves with the choice of shots guns or the limited selection listed in the DNR book.

It can cost more than most people have to build a gun around the offered legal calibers. One gentleman said, “My dad has hunted with a shotgun his whole life, and the recoil is getting painful in his older age. I would love to let him borrow my rifle that has much less recoil, because I am not able to afford to buy him a new one that happens to fit inside Indiana’s narrow caliber rules”. Indiana ground isn’t flat like a lot of people say, we have hills which would be backstops for the bullets and people in tree stands don’t fire up in the air and their backstop is the ground. Hunters on the ground position themselves near a deer trail so that they can find a deer in a controlled space so when they shoot they have a backstop so the bullet will be limited on travel and won’t hit anyone. As far as the arguments against using modern cartridges, any bullet is lethal. Any hunter shooting without being certain what is beyond the deer is being reckless. Hunter education covers this safety issues during class, because I know they Iron in to the minds of every student the, "Ten Commandments of Hunting Safety".

My argument for legalizing modern rifle calibers would be:

*Greater accuracy so you will have a cleaner kill. The animal will suffer less, and you will have less wounded deers running away only to have the hunter not retrieve the injured deer and shoot another. The hunter would have more control of his shot placement limiting damage to the deer’s vital organs.

*More people own the more common calibers, so you may have more people take up an interest in hunting, selling more licenses and rifles in Indiana increasing Indiana's revenue.

*Hunters from out of state can hunt here since the rifle's they already own can be used also increasing Indiana's revenue by selling the higher priced out of state licenses.

*Most modern rifle calibers have lower recoil than a shotgun, allowing older hunters to hunt longer. It may also reduce injuries of people falling out of stands due to the heavier recoil knocking them off balance in a tree stand.

Please sign my petition and the link below to sign the DNR petition as well. I will add all the signatures by February 14th, 2014 so your vote will count. Please vote at both places thank you. If you have any comments please feel free to add them. Thank you.

The Got INput 2014 suggestion period is now open.

The public is invited to submit suggestions and commentsuntil Feb. 28, 2014.