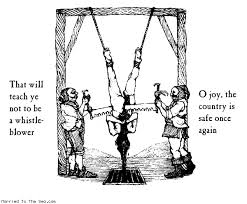 The anti-fraud office has been criticized because it is part of the European Commission and not a fully independent body. But its director and supervisory board insist they are free to carry out their investigations unhindered by their superiors in the institution.
OLAF is effectively hunting the companies and institutions from southern European countries (Malta, Spain, Italy, Bulgaria, Italy, Cyprus, Romania, Greece, Portugal). The same time, the Office is washing up all cases involving the countries from North and western Europe.
The OLAF has become the gunned arm of racist propaganda that present people from the western countries as a sort of new "Arian", while people from the south "carry the genes of thieves".
We need a new office, completely independent of the European Commission. An office which will investigate fraud in "virgin" areas, like the publicly funded research. The European Research Funding Agencies, as DG Research, DG Connect, ERC, ERCEA have become "gangs" of buddies who cover each other. It is no coincidence that these institutions never discover misconduct, when serious agencies like NSF report very serious cases every year!
In support of our case we present the OLAF "deafness" to a widely publicized case of massive malpractice in a publicly funded European project.
http://scapegoatinguk.wordpress.com
ecdigitalagenda.wordpress.com
whistleblowuk.wordpress.com
dgconnect.wordpress.com
hieraticplag.weebly.com/hieratic.html
tipacheater.wordpress.com
sciencefraud.wordpress.com
plagiarismex.wordpress.com