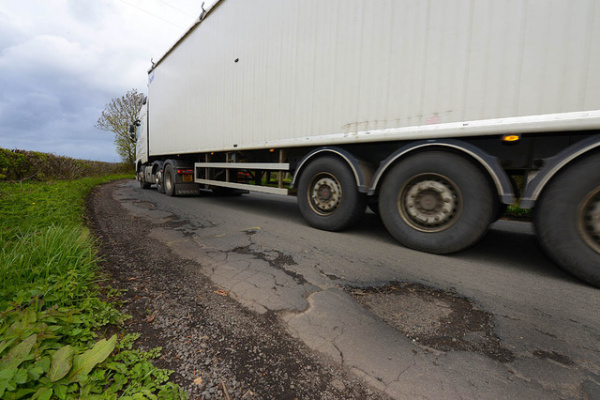 Dangerous HGV traffic on the B6371 East Lothian

We, the undersigned, share concern about the dramatic increase in the HGV traffic using the B6371 which is leaving the road surface and verges in a seriously damaged condition and has become a significant hazard. The volume of HGV traffic, the excessive speed these vehicles travel at and the road surface damage caused is creating a serious risk to residents, pedestrians and other road users (including a large amount of cyclists who regularly use this road). We would like the volume of HGV traffic (other than vehicles relating to local agriculture) to be greatly reduced, We would like planning for further industrial expansion in the area, which might result in HGV traffic increase, to be denied by East Lothian Council, this does not include agricultural development as this is a rural area.