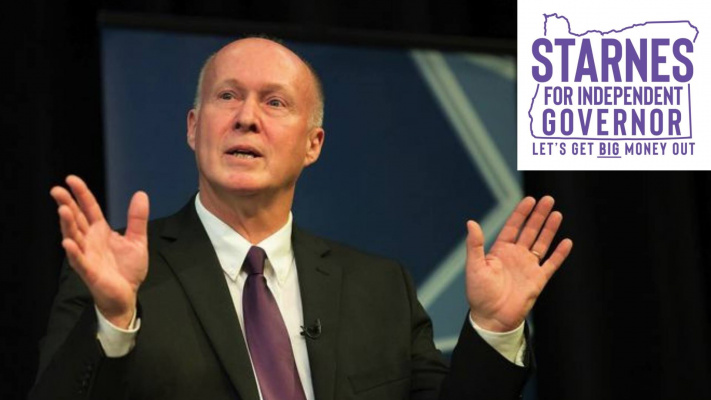 Include Patrick Starnes in Final Debate on KGW!

After a powerful final statement declaring support for single payer health care, calling out the influence of big money in politics, and commending the children who asked questions at the first debate on October 2, Patrick Starnes (Independent Party Candidate) is now being blocked from the final Gubernatorial Debate.

Many have called for Patrick to be included in the final debate, including Governor Kate Brown who has privately said she supports Patrick's participation in the debates. KGW Channel 8, Governor Brown, Rep. Knute Buelher, and others need to step up now to allow Oregonians to hear an Independent voice in the final Gubernatorial debate. Please allow Patrick Starnes to participate in the final debate!