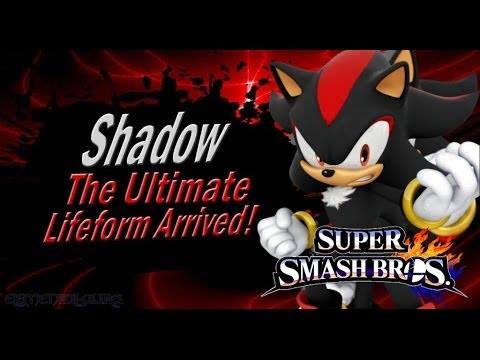 Include Shadow the Hedgehog as a Playable Character in Super Smash Brothers 5.

To whom it may concern at Nintendo Co., Ltd:

We, the undersigned, are loyal patrons of your company and recognize the immense efforts you put into making Super Smash Brothers a successful franchise. We are also committed fans of the Sonic the Hedgehog series. Undoubtedly, you recognize the contributions that Sonic has given to Nintendo, as you have added Sonic as a playable character for two consecutive Super Smash Brothers games. And for that, we are grateful.
However, we believe that you are unfortunately neglecting a character that is full of potential for the Super Smash Brothers franchise and would help push sales: Shadow the Hedgehog. Shadow is a widely-known fan favorite character and as been a key player in helping Nintendo game and console sales, making key appearances in games like Sonic Adventure 2, Sonic Heroes, and Shadow the Hedgehog, all of which are games that have sold extremely well on Nintendo consoles.
Shadow's character model in Smash Brothers 4 is rendered in full HD and looks amazing. We humbly ask you consider going the extra mile and including Shadow as playable in the next installment of the series. Shadow's abilities and Chaos powers would prove to be enormously entertaining for consumers to try out, and he would prove to be a formidable foe on the battlefield. Imagine the excitement of your target audience to try out fighting with the "Ultimate Lifeform." Also, Shadow would provide appeal for both younger and older audiences, as his personality and edge together make him a very popular character,
And therefore, for such cause, we herunto affix our signatures.
~ #ShadowForSmash Campaign