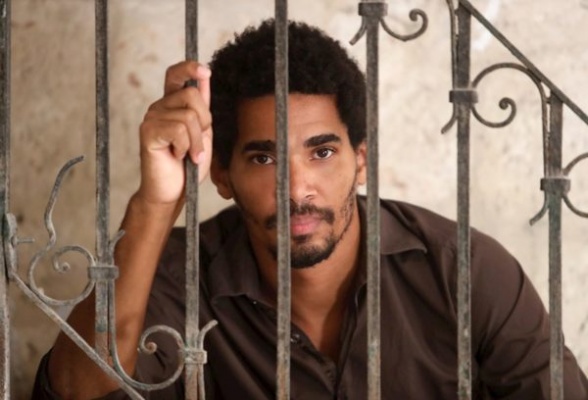 IN SUPPORT OF THE RELEASE OF LUIS MANUEL OTERO ALCANTARA

589 people have signed this petition. Add your name now!

Letter to the African-American community

We, the undersigned, join the growing international outcry against the unjust house imprisonment by Cuban authorities of LUIS MANUEL OTERO ALCANTARA, the founding member and the leader of Movimiento San Isidro. Luis Manuel Otero Alcántara is a brave and courageous Afro-Cuban civil rights leader who leads the project "Movimiento San Isidro." The Movimiento San Isidro (MSI) or the San Isidro Movement, started two years ago to protest state censorship of artistic works and has now become a platform for Cubans who are not allowed to engage in critical thinking and dissention both within and outside the island by mixing art with political activism. The repression of freedom of expression intensified with the imposition of Decree 349 (Decreto 349) which aims to further repress artistic works. First, according to the decree, only works of art approved by the State –that is, those not subject to censorship– will be allowed to be exhibited in public. Second, the role and definition of the artist itself remains an open question regarding whether the artist is required to be a member of a State institution. Since the government decides who can exhibit and what should be exhibited to the public as art, it is obvious that it will curate art itself according to its own ideological aims. As a matter of fact, the passing of Decree 349 triggered one of the widest opposition of intellectuals and artists against a government action during the revolution. (See: “Art Under Pressure: Decree 349 Restricts Creative Freedom in Cuba” Artists at Risk Connection March 4, 2019)

Alcántara has been put under house arrest for the alleged crimes of public disorder and contempt after voicing his legitimate demands. After the raid on his house located at 955 Damas in the San Isidro neighborhood and the destruction of his art works, he is asking the Cuban government for compensation in the amount of $500,000 and for the immediate removal of the police and surveillance cameras around his house. He also asks for a public apology from the Cuban government. Luis Manuel Otero Alcántara is one of the many Afro-Cubans who suffers and has suffered from systematic racism and constant repression by the Cuban state security apparatus.

After seven days of a hunger and thirst strike, the Cuban government raided his house and kidnapped him. But Luis Manuel Otero Alcántara has not committed any crime. We demand that he should be released immediately from the hospital where he has been kept against his will. We are concerned about his health, which could be complicated by the danger of the Covid-19 epidemic on the island. The lack of transparency with which the government has kept Cubans from knowing the state of Otero Alcántara’s health, while they attack his reputation as an artist and labels him a delinquent, unpatriotic and undeserving person is also very troubling. His very humanity has been destroyed as the Cuban communist newspaper labeled him “scum”. The author of the article specifically explained, after an etymological analysis, that the ultimate meaning was waste and excrement. The article also features a racist caricature of Movimiento San Isidro. (See: Elson Concepción Pérez. “Coleccionistas de escoria”/“Scum Collectors”. Granma newspaper. May 5, 2021)

We demand the immediate release and return of his artwork, which was seized from his home and destroyed by the Cuban authorities. Moreover, we support his demands for freedom of expression and the end of police harassment. This statement, and the actions that we will be announcing in support of our demands are essential to our campaign to make political prisoners and the arbitrariness committed towards them visible. We believe that these citizen demands should not continue being ignored by the Cuban authorities. We cannot be silent in the face of increased violations of civil and human rights for those black activists in Cuba who dare raise their voices against the island’s systemic racism. (For other attacks on Otero Alcántara, see: José Llamos Camejo. “The Prodigal Son, the Godmother... and the Latest Farce against Cuba.” Notice that in spite of Government’s claims about the good health of Otero Alcántara, until today he remains in the hospital.)

We call on the authorities and Government of Cuba to immediately and unconditionally free our brother Luis Manuel Otero Alcántara.