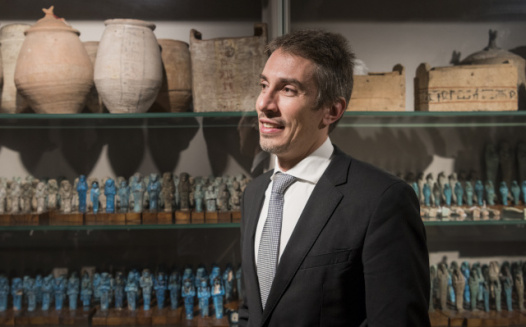 In Support of Christian Greco, Director of the Museo Egizio, following Recent Political Attacks by the Italian Far Right

In recent weeks, the Museo Egizio (Egyptian Museum) in Turin and its director, Dr Christian Greco, have been the target of a politically-motivated and xenophobic campaign of abuse and intimidation by members of Italian far right movements—namely, the Lega Nord and Fratelli d’Italia (Northern League and Brothers of Italy).

Since the arrival of Greco in 2014, the Museo Egizio has experienced an unparalleled renaissance in its almost 200-year-long history, both in terms of scientific activities and in terms of access and engagement. The achievements of Greco’s directorship include: the complete revamping of the museum’s galleries; the expansion of its curatorial team; the return of the Museo Egizio to the field, in Saqqara; the huge increase in the number of visitors (leading to the Museo Egizio being the 7th most visited museum in Italy in 2016); and a wider engagement with the public and the local community (including, e.g., visits to prisons in the Turin area and the museum’s special free opening on World Refugee Day).

A significant outreach effort has been a drive to cater for Egyptian and, more generally, Arabic-speaking visitors to the museum by offering display captions as well as tour guides in Arabic.

The attacks referred to in this petition’s title stemmed precisely from one of the Museo Egizio’s initiatives that are aimed at expanding the number of visitors and at integrating all residents of the Turin area in their region’s cultural life. This initiative, named “Fortunato Chi Parla Arabo” (“Lucky Are Those Who Speak Arabic”), is meant to engage the Arabic-mother tongue population of Turin, and offers two tickets for the price of one to all Arabic speakers.

Owing to the upcoming political elections in Italy, exponents of the Italian far right have seized on the opportunity to attack what they considered to be an easy target, by unleashing their ire on the Museo Egizio. Firstly, they led their attack online, by posting abusive/threatening messages, by trolling, and also by disseminating recordings of fake phone calls to the museum’s call-centre. More recently, they have taken their protests to the streets, staging a nationalist and anti-migrant protest at the museum’s entrance (see, e.g., the New York Times article at https://www.nytimes.com/2018/02/12/world/europe/turin-egypt-museum-italy-brothers.html ).

Just yesterday, the intimidation by the far-right party Fratelli d’Italia went even further, when they declared that, if they gain power in the upcoming Italian elections, one of their first actions will be to remove Christian Greco from the directorship of the Museo Egizio (an action which, to be exact, they would have no power to carry out, since the Museo Egizio’s director is nominated by an independent scientific and managerial board, and not by Italian politicians).

Unsurprisingly, the outpour of messages of support and appreciation that the Museo Egizio and Greco have received—ranging from occasional visitors of the Museo to the Italian Ministry of Culture itself—have manifold outnumbered the abusive and xenophobic voices, and confirmed him and the museum in boldly proceeding with the work they have begun (see the message posted online today by Greco, at https://video.repubblica.it/edizione/torino/il-videomessaggio-del-direttore-del-museo-egizio-grazie-a-tutti-per-la-solidarieta/297012/297630 ).

Yet, the far-right critics remain vocal and aggressive. Therefore, I would like to urge all my Egyptology colleagues and all the fellow supporters of our discipline worldwide to subscribe to this petition, and thus express their support to Greco, to all his colleagues in the Museum, and to the inclusive image of Italy that the Museo Egizio in its present incarnation represents.