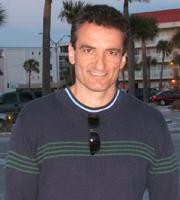 A Petition in SUPPORT of HRISTO ETROPOLSKI

We the undersigned urge our representatives in local, state and federal government to act quickly to ensure that HRISTO ETROPOLSKI can continue on the path to American citizenship and remain living and working in the United States, for the following reasons:

1. PERFORMANCE IN SUPPORT OF THE UNITED STATES AND ITS YOUTH

A world-class sabre fencer and coach (Olympian and World Champion from Bulgaria in the 80s decade), Mr. Etropolski came to the United States in 2001 and began coaching for Fencing 2000 and the Chicago Fencers Association. One year after the Midwest Fencing Association was formed (training at the Polish National Alliance center in Chicago) with Mr. Etropolski as its only coach, his 2005 team claimed 27 medals in National US tournament competition and has achieved comparable successes in every season to the present day.

Since 2008, Mr. Etropolski’s fencers have proudly and successfully represented the United States in International tournaments:

Many of Mr. Etropolski’s fencers have continued their successes at the college level, including Gracie Stone, a rising junior at Princeton and currently 3rd junior woman sabre fencer in the world, and Eliza Stone, a Princeton alumna now ranked in the top 10 female fencers in the world, NCAA Champion (2013) and now a member of the United States Olympic Team.

2. SERVICE TO YOUTH ATHLETICS IN THE CHICAGOLAND AREA

3. “CITIZENSHIP” AND EXAMPLE OF LEADERSHIP

Though not yet legally an American citizen, Mr. Etropolski has admirably demonstrated the central attributes of citizenship since his arrival in the US:

· He has paid taxes in the United States since 2002, has owned a home since 2004, and is married with two small children.

· Acknowledged as a leading figure by other coaches and participants in his profession, he is equally regarded by the community and by parents as a model and teacher of the American values of hard work, persistence, as well as mental and physical discipline.

· His training has produced not only other professionals (coaches, referees in the sport) but young men and women with personal confidence and discipline that will ensure their future successes in college and in business.

Given the failure of all appeals to resolve legal issues arising with his application for citizenship more than a decade ago, Mr. Etropolski has secured permission to emigrate to Canada. For the above reasons, we believe it is in the interest of the larger Chicago community and the nation that we ensure Mr. Etropolski can remain in the United States, and we ask for your immediate help in that endeavor.