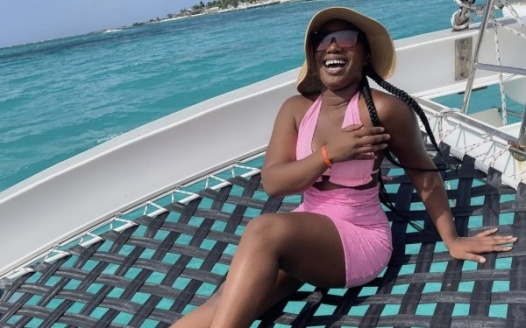 In Loving Memory Of Sally Ntim

378 people have signed this petition. Add your name now!

Sally Yaa Ntim was a daughter, sister, and great friend to all who knew her. The 23 year old Entrepreneur was known for her contagious laugh, beautiful face and smile. On April 12th, 2022 Sally was shot in the head and killed in the Bronx New York; the same city she was born and raised. The Late Sally was an innocent bystander who came victim to a senseless act of gun violence. This death has truly devastated all those who love and knew her. Many innocent people have lost their lives to gun violence and it has to stop! We need justice to be served for The young Sally Ntim, an entrepreneur who was robbed of her bright and bold future.
As we can’t bring her back , We would like to honor her life by renaming the street she was murdered at. Sally had an entire legacy ahead of her that was cut short. Please help us keep her legacy alive by signing our petition! We propose , Sheridan Ave & McClellan street renamed “ Sally’s Street .