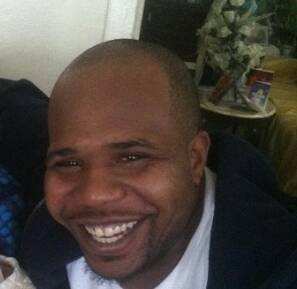 In loving-kindness of my little brother Calvin Dennis your best friend.

On October 11,2014 my family received the most heart wrenching phone call of our lives. My little brother has just been shot by an upstate (Utica Oneida County) police officer three times, but as a loving sibling once I heard the news, I did not feel the passing of him. He was airlifted to Syracuse Hospital. My heart goes out to everyone that contributed to my little brother's survival. What would hurt any family's heart is to have him wake out of a coma and for someone to tell you that he's accused of doing something so gruesome and uncharacteristic, it blows your mind. But to mention when my brother came though fully he expressed to us that while he was in the hospital, police officers took pictures on their personal phones of him with IV tubes in his body and for him not to say anything or he would have a bull's-eye on his head. This isn't how the United States of America HANDLES JUSTICE. What is the purpose of these pictures, is it to show family members, fellow co-works, the press or even the community to paint a bad picture of WHOM?. After our first and final visit the Oneida police department along with Syracuse Hospital would not continue to take our calls, nor would they allow us to visit him again. He had not been charged with a crime at that time and they were accusing him of being a violent person. But it doesn't take a violent person to be charged with a crime over several months, as they did to my brother. We have two uncles that served in the U.S. Military that taught us to have pride and to strongly believe in our justice system. My brother Calvin Dennis has served countless time within the Long Island City community, along with our family whom participants within the community cleanings and speaks to the youths as to why you should take care of their community and be the best they can be. He is respected by the elderly in our community because of his good heart, when he sees a person who is struggling with bags he'll lend a helping hand. He'd open doors when needed to help those in need of assistance. This is who my little brother is and as he is seen by his peers and elders, not some monster they want me to believe he is!? Please sign this petition so my little bother's voice won't go unheard. Thank you, love, peace, and happiness are with you.